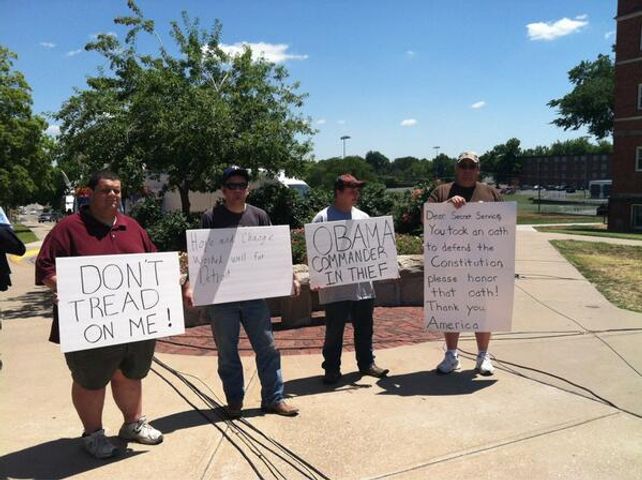 People set up booths and protests throughout Warrensburg. A lot of them were put into the public speech area several blocks away from where the president spoke, but they were still able to make their voices heard.

While some held signs that read "impeach Obama," others set up in places throughout town, passing around petitions aimed at blocking the federal health care law.

"So we came out here to the train station to set up a tent and give people the opportunity to come by and sign it," said Rachel Payton with the Missouri Chapter of Americans for Prosperity. "They're also signing the petition online and in the last 24 hours we've had about 500 people sign the petition saying no to the affordable care act here in Missouri."

And some republicans continued to slam Obama Wednesday for not reigning in the federal debt.

The protests continued as President Obama gave his speech touting the accomplishments of the University of Central Missouri, but most of the protesters didn't want him to step on campus in the first place.

At the height of the protests there were about 50 people in total. Some protesters were with the Tea Party, while others protested the Keystone Pipeline with the Sierra Club. The UCM College Republicans also added protesters in the mix.