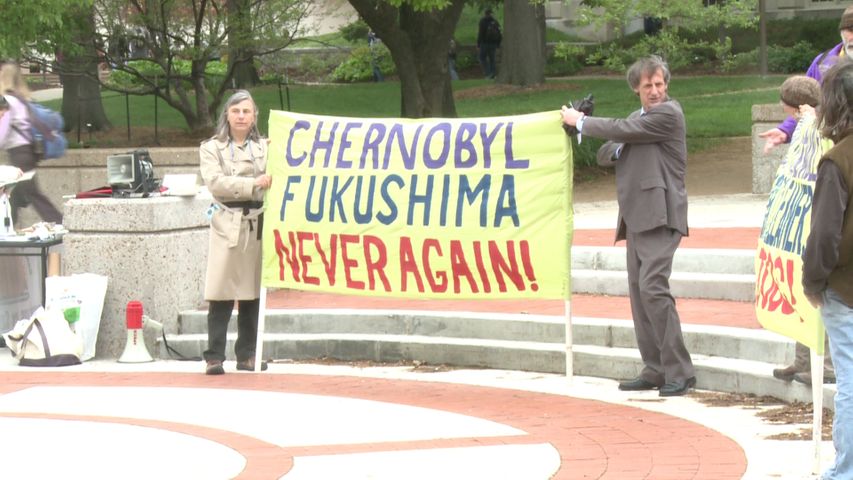 COLUMBIA - It's the 26th anniversary of the world's worse nuclear meltdown and on the MU campus Tuesday activists demanded something safer.

The dozen or so people on hand called for greater use of renewable energy sources, including solar, wind and geo-thermal energy instead of fossil fuels and for the end to the construction of nuclear plants like Callaway Two.

"We don't want to see our climate altered or air and water polluted. We want to see our energy coming from sustainable sources," Missourians for Safe Energy Chairman Mark Haim said.

Missourians for Safe Energy singled out utility company Ameren UE, claiming it puts profits over public interest and a clean environment. The group wants investments to be made in afforable green technologies. Haim warned that Ameren's current path with nuclear power could wind up with a Fukushima-like scenario.