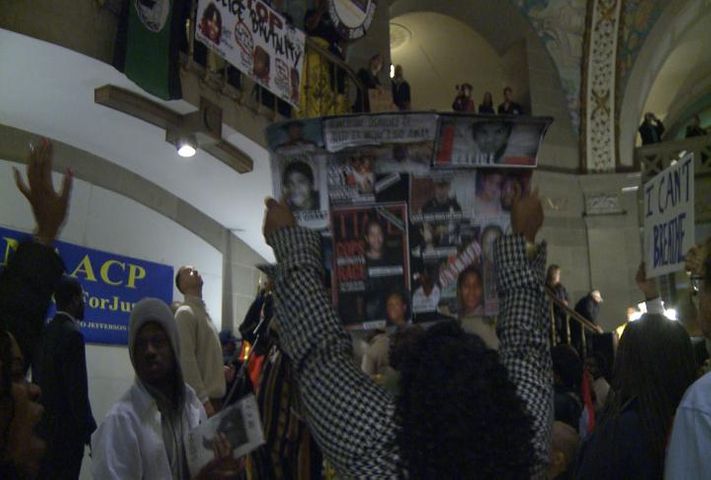 They ventured from Ferguson to Jefferson City, a march the NAACP is calling a Journey for Justice. Protesters peacefully congregated in the capitol rotunda, filling stairs and leaving no seat unfilled.

Many wanted to show their disgust regarding the Michael Brown shooting and raise attention near government areas. Leaders like the president of NAACP, Cornell William Brooks, said Michael Brown's family has not received justice.

"We have mountains of evidence dumped into the laps of the grand jurors without direction and so the point here being, this family deserves a serious grand jury process," Brooks said. "Darren Wilson should be charged and held accountable for his crimes."

Bishop Derrick Robinson is a protest leader and says the energy that circulated throughout the capitol building kept him going Friday.

"I'm here today because I want justice, so no matter how if I have to walk, drive, fly, whatever we have to do as a race, as a culture," Robinson said.

Lesley McSpadden, Michael Brown's mother, attended the state capitol rally Friday and expressed sadness as she talked about her son's life. One line she said stuck out to protesters, as they chanted it throughout the day: "Everyone's life matters."