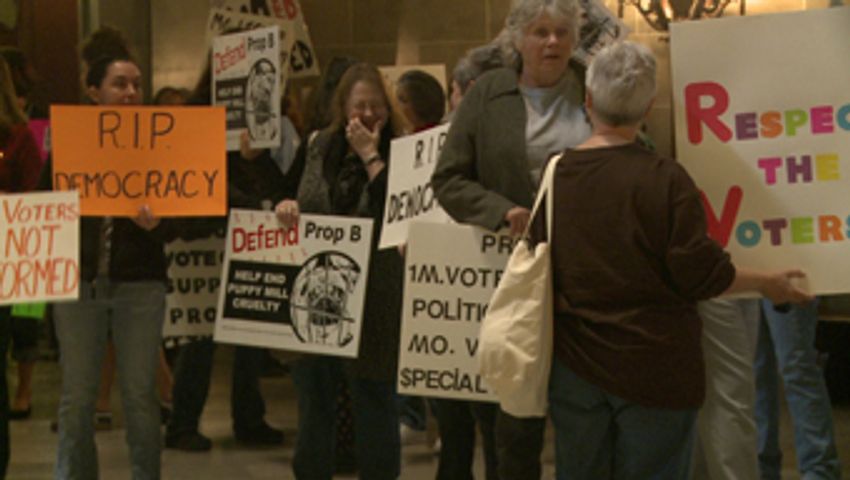 Protestor Kiki Stark Nearly says the bill is against the nearly one million voters who approved Proposition B.

One of the issues in SB 113 angering protesters is the lift on the 50 animal limit for breeders.

President of the Missouri Federation of Animal Owners Karen Strange says SB 113 is taking the necessary steps to fix a flawed Proposition B.

According to Strange, Prop B doesn't allocate the funds for enforcement and SB 113 will fix this problem among others.

The Senate has passed SB 113 but it has yet to be voted on by the House.