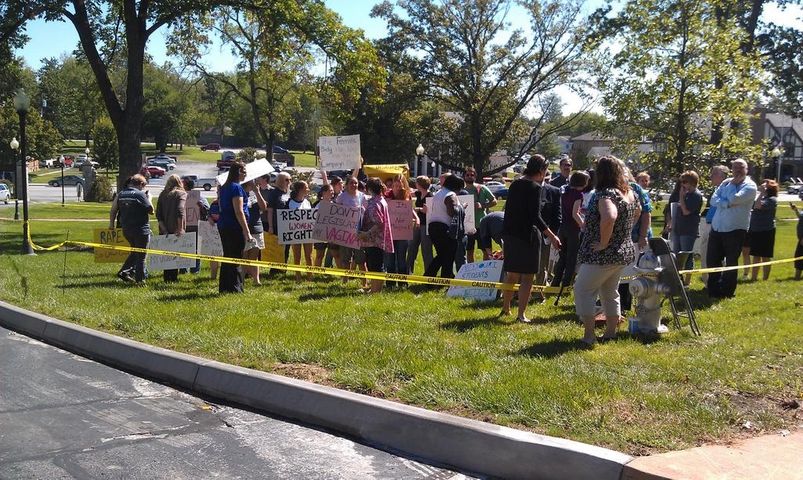 Nearly 50 protesters gathered an hour before Akin was scheduled to speak. Protester Rachael Nolting said they are opposed to Akin's recent comments about rape, and are in support of women's rights.

"We are in definite support of women's rights and against the statements that he made. Legitimate rape, as defined by Missouri, the legal definition is any sexual intercourse without consent," Nolting said.

"We're here to tell them that the people of Missouri voted Todd Akin as their representative to defeat Claire McCaskill this fall," Todd said, "We want to stand by that decision of the voters and the party bosses need to step back and let the voters decide."

Westminster College Republican President Kari Lenz said the event was not intended to be a platform for discussion about Akin's controversial comments, but an opportunity for Akin to speak to college students about his role as a U.S. Congressman.