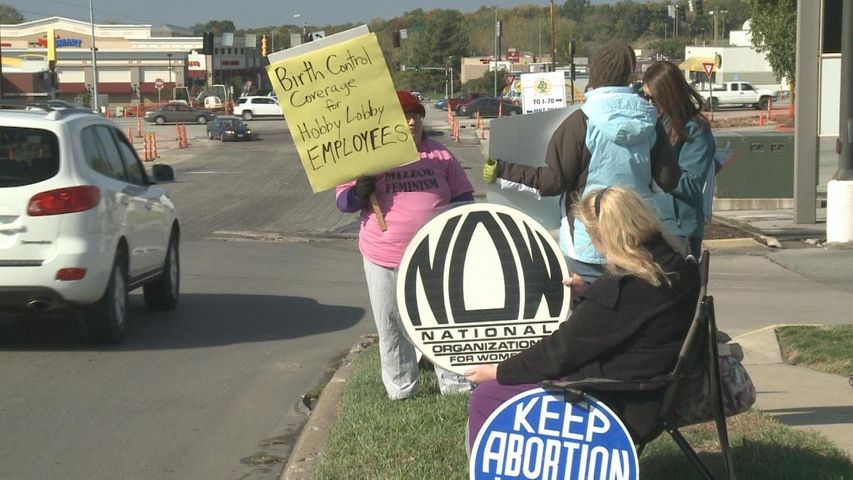 The women protesting were members of Columbia Area National Organization For Women (NOW). They were protesting against Hobby Lobby's lawsuit attempting to deny their employees insurance coverage for birth control as mandated by the Affordable Care Act.

"We believe it's religious bullying," President of Columbia Area NOW Mary Mosley said. "If an individual who happens to be an employer can impose his religious beliefs on his employees, then I think that's a sad day for the country and for the separation of church and state."

Hobby Lobby and other businesses have sued the federal government on the basis that their religious beliefs are violated by the mandate to provide their employees insurance coverage for contraceptives. This mandate does not apply to churches, but does apply to for-profit businesses.

NOW said they will continue to work to keep employers from "encroaching on the basic rights of their employees."

The Columbia Hobby Lobby could not comment on this issue.