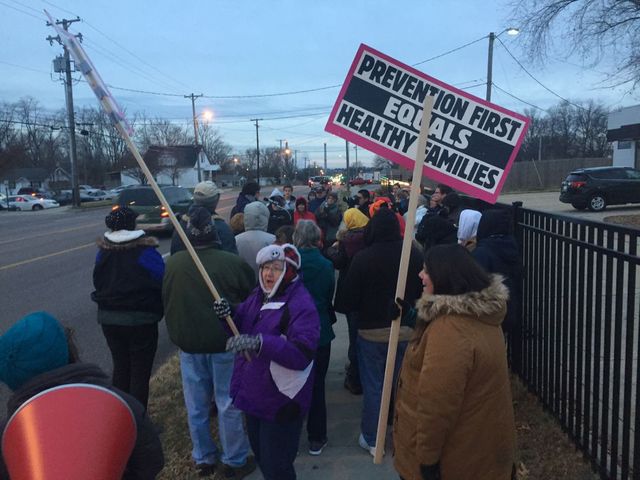 COLUMBIA- Anti-abortion rights groups held a news conference outside of Planned Parenthood Monday to speak out against a lawsuit recently filed by the clinic.

The lawsuit accused state laws regarding safety standards of being a direct attempt to restrict abortion access. The conference supporters argued those laws are meant to protect women.

"Planned Parenthood is asking for a carve out, carve out from standard clinical, medical practices. Think about that for a second," said Missouri State Representative Diane Franklin, R-Camdenton.

A group called The Guild of Silly Heathens came out to counter-protest the news conference. The group also made a statement on Facebook in support of Planned Parenthood.

"These groups and their affiliates have a long history of promoting false and misleading information regarding abortion and birth control as well as Planned Parenthood itself on the local, state. and national levels," said Renee Maxwell, a Planned Parenthood supporter. She said the facts presented at the news conference were fabricated.

A Planned Parenthood clinic in St. Louis is currently the only place in Missouri that offers abortion services. The University of Missouri-Columbia revoked abortion privileges for the Columbia clinic's doctor last year.