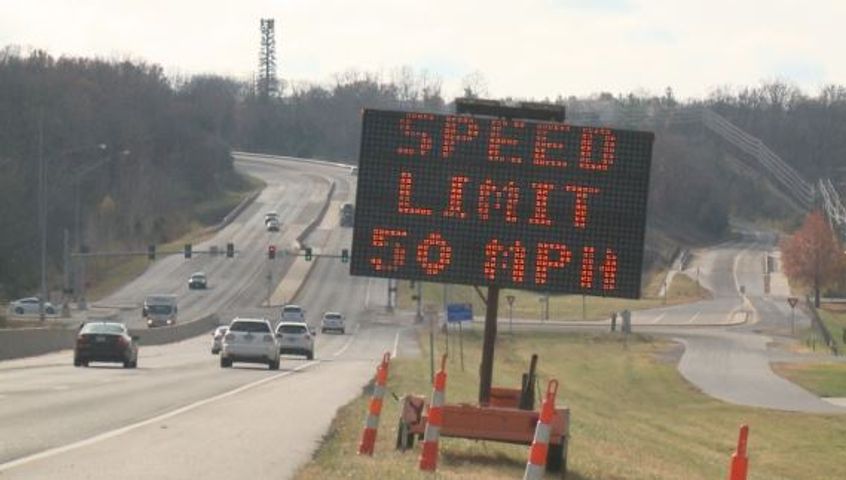 COLUMBIA – The speed limit on part of Providence Road will drop from 55 to 50 mph beginning Wednesday.

The area of the decrease will be the stretch between Mick Deaver Memorial Drive and State Route K or Old Plank Road. At its meeting last night, the Columbia City Council passed an amendment to the city code to reflect this change.

MoDOT conducted a study that considered speed information and the number of accidents and the presence of vehicles, pedestrians and cyclists. Senior traffic studies specialist John Schaefer said the area was experiencing severe crashes.

“There were two fatal crashes and seven disabling injury crashes in the five-year period that we reviewed,” he said. “That’s one of those things that should catch your eye for a two-mile stretch of roadway. That’s quite a few.”

According to the study, the total number of crashes on the road in the five-year period was 233. It said the statewide five-year accident rate was 169.68.

Schaefer said other indicators that led to the speed limit decrease were the increasing number of vehicles using that stretch of road, the bus stops’ drawing more pedestrians to the road and the amount of young drivers traveling to schools such as Rock Bridge High School.

According to Schaefer, the 5 mph decrease will increase travel times by about 15 seconds per trip. He said the expectation of slower driving is increased reaction times so people can more easily avoid accidents.

Schaefer said there are always some people who disagree with any change like this, but he said the decrease seems necessary for safety purposes.