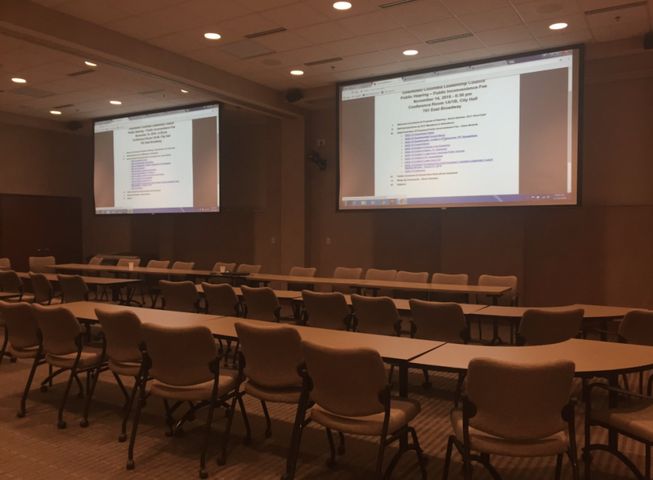 KOMU 8 News has previously reported on the fee and stated it will allow the city to charge construction companies fees, which will vary based on how much is closed and for how long it will be closed for.

The fee was started back in June. But Monday night, the public got their first chance to give their input on what they think about the fee and how it is currently structured.

The fee is in regards to construction related downtown closures. The city is looking to help those who have had to find alternative routes by using the fee to incite developers to finish their projects quicker.

Columbia Chamber of Commerce president Matt McCormick talked about how people were generally in favor of the fee itself but wanted to see its structure change so that it wasn’t heavily in favor of large businesses.

“You know that's one of the things when we started reaching out to our businesses and our interested parties as members that are in the development community. We had a couple meetings with them and with the amount of folks that showed up some of the concerns that were brought up,” McCormick said.

As of Monday, the fee applies to the entire city of Columbia, but it was suggested to only apply to the downtown area.

The city hopes to encourage developers to finish their projects quicker so people do not have to rely on alternative routes.