Public invited to give feedback on Bird scooters 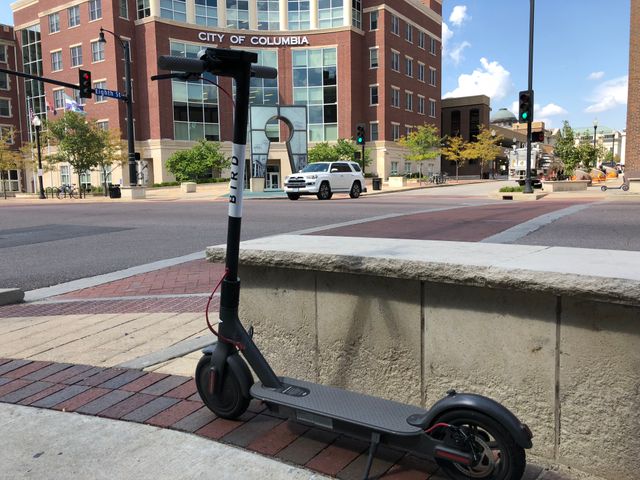 COLUMBIA - Bird scooters will be discussed at the Bicycle and Pedestrian Commission meeting Wednesday night at 7 p.m.

The commission will hold an open discussion on the presence of these controversial new scooters.

"We want community feedback," said commission member Paul Lovern. "We want to promote non-vehicular transportation. I don't see why these scooters wouldn't fall into that."

Lovern said the city is concerned with safety.

"I've seen people riding the scooters recklessly on the sidewalk. It's an issue because it's dangerous to pedestrians," he said. "The commission wants to inform the public of what the laws are."

This comes after the city and Bird are talking about short-term rules regulating the rental scooters.

"Every experience I've had with them people have almost hit me or run over my feet or have been swerving in and out of people or getting honked at. I saw someone yesterday almost get hit by a car on one," he said.

He said everyone he knows has negative opinions of them and wants them gone.

"Please get rid of them. If I could have one thing come out of this meeting, it's to get them out of town," he said. "We don't need them."

He sees them as a gimmick.

"They're like those hover boards from two years ago, except they haven't started catching on fire yet," he said.

Columbia resident Jaylen James uses the scooters every day. He said it's a quick and fun way to get around, and cheaper than Uber.

"I didn't feel like getting a ride to work, so I'm like let me just take the scooter, and the scooter got me there in the same amount of time," he said.

James said he has no complaints about the scooters.

Lovern said the commission will use the discussion and feedback from the community to see if it should do further research into the scooters. Then, it can make a recommendation to city council on what to do with the scooters.

"The more information we have the better the decision is going to be for everyone," he said. "This will be a good starting spot."