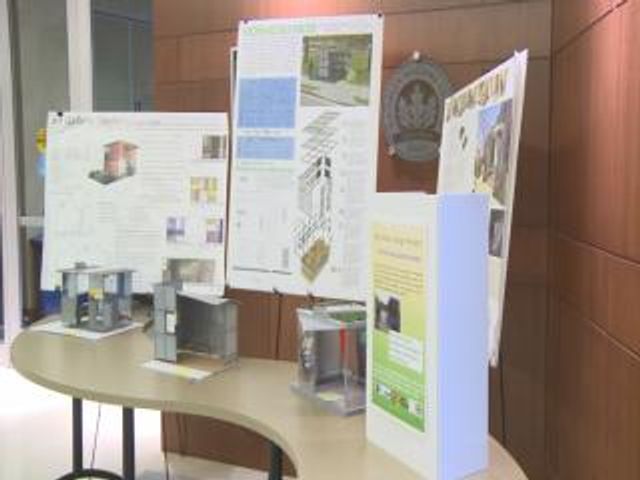 Some of the transfer points on the new CoMo Connect bus routes currently don't have shelters. MU architecture students created new bus shelter designs that will be built at these locations.

Students worked all spring semester on coming up with the designs for the potential new shelters. In May, the Public Transit Advisory Commission released different models of the new shelter designs for public input in various locations and online.

As of last week, nearly 500 people had responded online, and more than 25,000 votes had been collected in person.

So far, the project coordinator, Lisa Goldschmidt , said the public response has been very positive.

"One of the things they like the best is that this was done by students. We've heard a lot of positive comments that we're using local talent to address this issue. They also like the fact that the shelters are sustainable and that they allow for public art," said Goldschmidt.

Public Transit Advisory Commission will collect input through June. CoMo Connect will then make a decision on which model will be used.