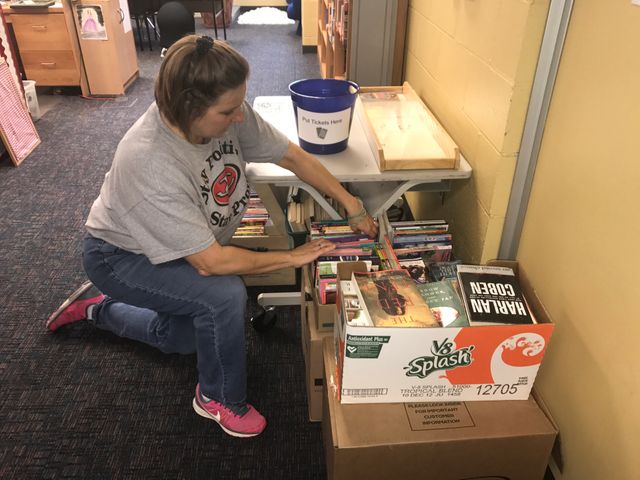 JEFFERSON CITY - Public schools throughout Missouri are offering a helping hand the victims of Hurricane Harvey.

Jefferson City’s Lewis and Clark Middle School and Thorpe Gordon Elementary school are two schools that have started fundraising efforts to help students who have been affected by the hurricane.

Until they get a list of needs from Goodman, the Jefferson City middle school has been writing letters to students and teachers at Goodman.

“We try and do things like this so that the kids see what is empathy and how are we going to build it and what good we going to do, said 7th grade language arts teacher Haylee Rethman. “That not only makes them good citizens of the world it also helps make our world a better place, and it starts right here with us.”

Jillian Wells, Lewis and Clark’s Student Council Vice President, said her classmates and student council board have all been very passionate about writing letters to these other students.

“It shows that there are people thinking about them and hoping that they get better,” said Wells.

A librarian at Thorpe Gordon Elementary school has started a book drive to send collected books to students in Texas who won’t be able to go to school for a while.

Melanie Thompson got the idea when she was driving to work one day. She said after seeing pictures of people fleeing for their lives and loosing everything, she wanted to help.

“Books can take you away. These people have been through a trauma and the kids will be living in stress for a long time. Books can take them away from that and take them to a different place,” said Thompson.

The drive has spread beyond Thorpe Gordon too. Now all Jefferson City Public schools and libraries are accepting books for the victims of the hurricane.

Fulton Middle School has also been heavily involved in fundraising events. The school partnered with Humble Middle School which is located in Humble, Texas, a city located 20 miles away from Houston.

School principal Beth Houf said the school has started a t-shirt drive to help raise money for Humble Middle School. In just 24 hours, the school had raised over $1300.

The t-shirts are black and gold, the school’s colors, and have “Chose Kind” printed on the front. Houf said, “Chose Kind comes from our global book study and we were able to put it right into action very early on as we see other schools needing support.”

Owen Uhles, eighth grader and student council president, said the two words are special to Fulton Middle School. “It means a lot. It just means be nice, be nice to everyone. No matter what they look like or who they are, just be nice,” said Uhles.

All of the t-shirt proceeds will go directly to Humble Middle School.

The students are also competing in a supply drive this week to see which “house” can bring in the most supplies. The school is collecting pencils, loose leaf paper, colored pencils, zip up hoodies, soap and backpacks; all things Humble Middle school has said they are in need of.

Fulton Middle School will be accepting supplies from the community at sporting events this week. People can also drop off supplies at the school throughout the week.

Fulton Middle School staff and students are also writing letters to those in Humble.