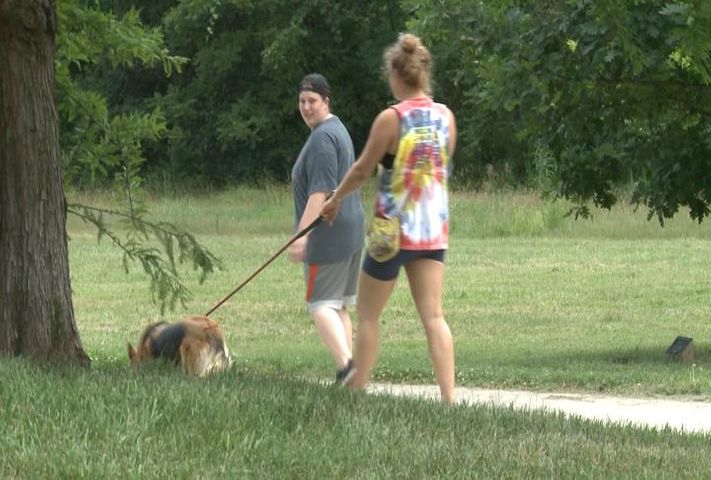 COLUMBIA- The Grindstone Trail is expanding east under Highway 63 to the Lemone Industrial Park. The Columbia Parks and Recreation Department will meet Wednesday evening to provide information on the project and allow for public input. Parks and Recreation officials are meeting to discuss tree removal and bridge construction.

The proposed expansion would connect the Hinkson Trail from Grindstone Park to Lemone Industrial Park. The expansions will be approximately 1.74 miles along the Grindstone Creek to the Lemone Industrial Park. It would allow people in east Columbia to have access to the trails. The project has a budget of $1.57 million dollars. That money is coming from the 2010 park sales tax.

Caitie Merkle runs on the Hinkson Trail several times a week. She said, "Sometimes these trails get a little bit congested when a lot of people are on them, I think Columbia is becoming a more active small city. So opening up those trails would make it a lot easier for people to get active."

Another supporter of the trail expansion describes the project as the principle eastern gateway for Columbia.

"So thousands of people will have access to the full trail network.'" said Chip Cooper.

Cooper said that overall expanding the trail would have a positive effect on Columbia. KOMU 8 News spoke with several people that use the trail. No one we found was opposed to the idea. The public was invited to voice their thoughts during Wednesday's meeting.