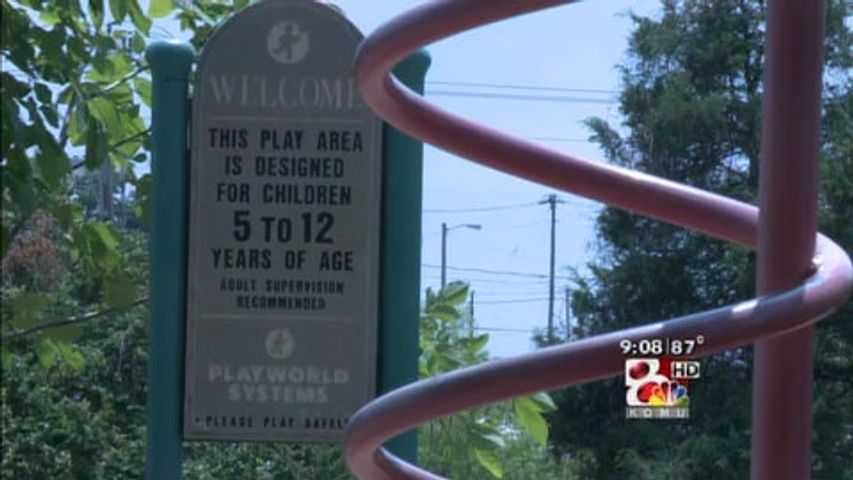 Parents and children are excited at the prospects of what a new playground would bring to their park experience.

Sorm brought her kids to the playground despite the high temperatures.

"We came here to see the big park," she said.

The renovation plans call for the 16-year-old playground to take on a "Steinberg Time Machine" theme, featuring areas with both prehistoric and futuristic activities.

"I think it's going to be really cool," said fifth-grader Kaylee Moorehead.

"I just came here because I want to play and also because I love the parks."

Moorehead said she comes to Cosmo Park quite a bit to play on the tires and slides. She and her brother Jayden are looking forward to the prehistoric section of the park and the prospect of playing among Dinosaurs.

All of the current playground's equipment will be replaced because most of it is no longer manufactured and does not meet current safety guidelines.

The budget for the project is $500,000, and the City of Columbia recently committed another $18,000 to the project. The additional money allows the project to include wheelchair accessible play surfacing.

The goal for completion is summer 2014.