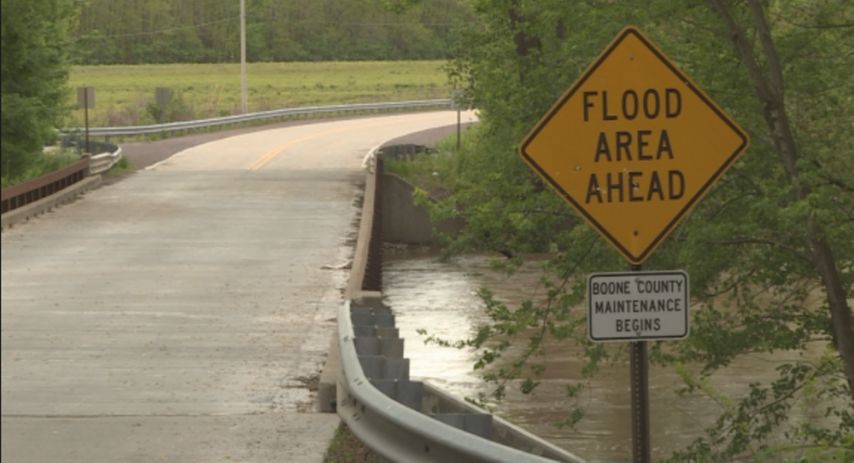 COLUMBIA - With aerial and flood warnings, roads are closed all over mid-Missouri. After the water recedes, comes the expensive task of fixing the damage.

"We are responsible for 802 miles of road inside the boundaries of Boone County, and we do maintenance on those roads every single day," said Bryan Boyce the Superintendent of Boone County Public Works.

Boyce said his department is prepared because it usually knows which roads will flood during an event, such as the floods this past weekend.

Boone County Public Works has a budget process for snow removal every year. Because the snow was on the lighter side, Boyce said public works hasn't used a lot of that budget, so it will go to the flood.

"We think that there probably is going to be quite a bit of debris on the road after the water recedes, so we'll need to get crews out there to clean it up," Boyce said.

"Whether it's snow or rain or flood, it can be very different from year-to-year and sometimes day-to-day, but we do budget in street maintenance and cost to respond to road damage that has been caused by adverse weather," Columbia Public Works Information Officer Barry Dalton said.

Dalton said they work to be proactive during the summer season to make efforts to keep water away from roadways and going beneath the roadways during the winter season.

Both Columbia and Boone County Public Works factor emergency situations into their yearly budget. If that isn't enough, funds are allocated from other parts of the budget.

Neither public works department know the fiscal impact of this flood yet, but there will be additional payments needed including paying people overtime.