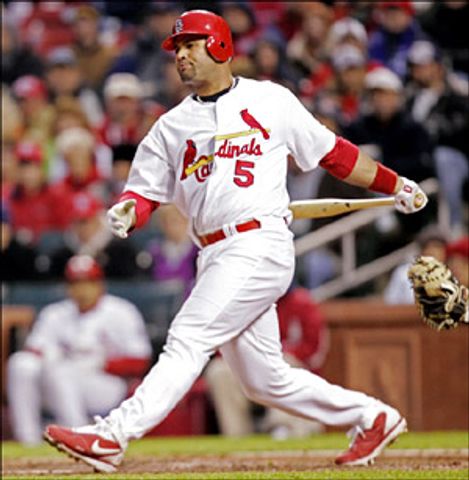 MILWAUKEE (AP) -- Albert Pujols hit a grand slam and the St. Louis Cardinals completed a three-game sweep of the Milwaukee Brewers with an 8-4 win Thursday.

Rafael Furcal led off the game with a home run for the second game in a row and Pujols also hit a first-inning homer before his third-inning slam.

Matt Holiday hit his 200th career home run in the fifth to help the Cardinals win for the sixth time in seven games and move within 7 1/2 games of the Brewers, who hadn't been swept at home since the Dodgers did it Aug. 24-26, 2010.

Milwaukee scored all of its runs on homers by Prince Fielder, Jonathan Lucroy and Corey Hart.