Pujols Rejoins Cardinals One Month Ahead of Schedule 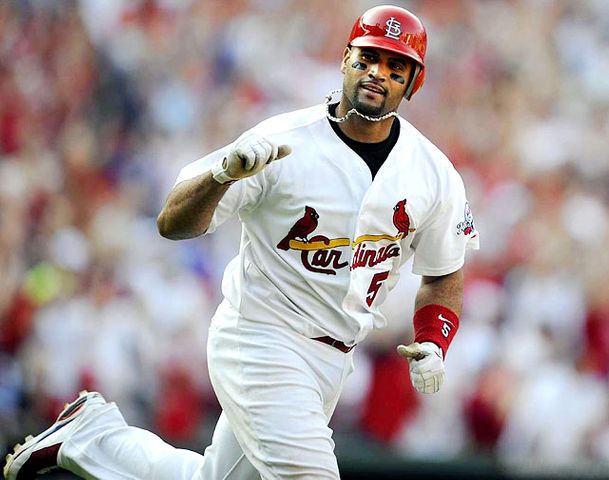 COLUMBIA - The St. Louis Cardinals welcomed back star first baseman Albert Pujols to the club Tuesday night, one month ahead of schedule in his recovery from a broken left wrist.

Pujols was not in the starting lineup Tuesday, yet he is expected to be in the lineup Wednesday against the Cincinnati Reds.

Tuesday was the first day which Pujols was eligible to return from the 15-day disabled list, but the team did not expect their star player to return until early August. Pujols suffered the injury June 19 in a collision with the Kansas City Royals' Wilson Betemit.

In a corresponding move, the Cardinals placed left-handed reliever Brian Tallet on the 15-day disabled list to create space on the roster for Pujols.