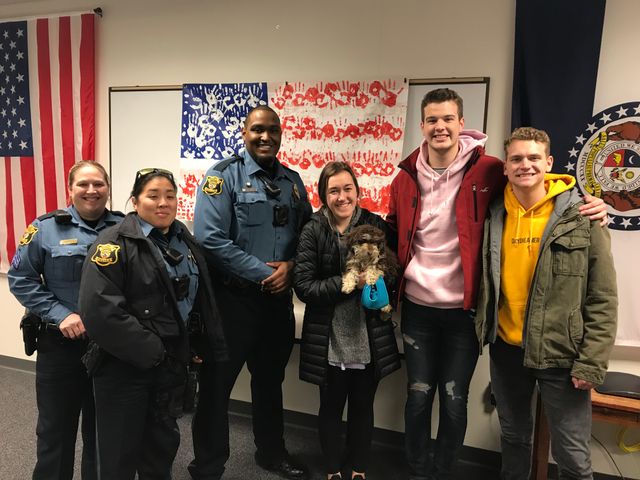 COLUMBIA - A puppy was reunited with her owner Thursday after surviving two weeks through snow and frigid temperatures.

"I'm just really grateful that the officers were able to catch her and bring her home to me," Matteson said.

She said Mia first ran away by climbing a snow bank over the backyard fence. Since then, Columbia has seen more than 20 inches of snow and brutal below-freezing temperatures. Matteson, an MU student, assumed her four-pound dog wouldn't survive.

"It's been really cold," she said. "I wonder is someone took her in and she ran away again."

The temperature was 4 degrees when the two MU students called MUPD at 11 p.m. Wednesday night. Trevor Koelling and Riley Girardier said reached out once the dog escaped through a gate at Faurot Field.

"She was shaking pretty bad and by the pawprints around the stadium I could tell that she had definitely been outside," Koelling said.

"We didn't know her name, so we started calling her Elsa after 'Frozen' because of how cold it was," Hayes said.

Hayes took Mia home for the night. He brought her back for the reunion Thursday with a beaming smile on his face.

"Happy to see the dog go back to its rightful owner," he said with a grin.