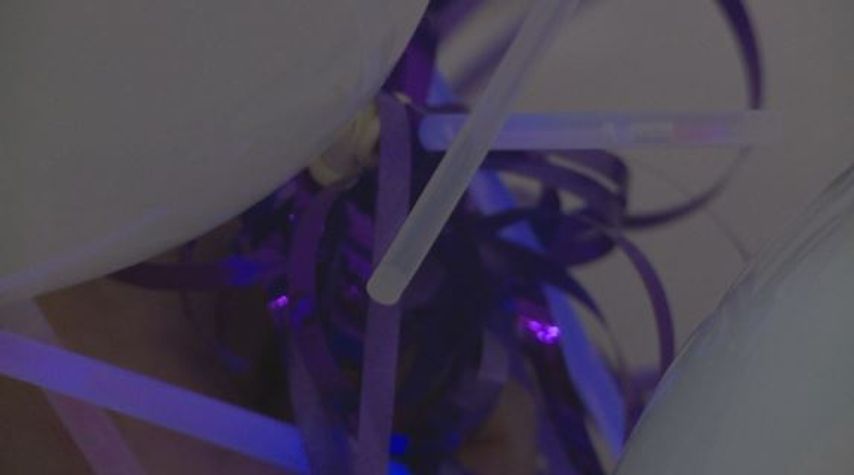 MOBERLY - Purple glow sticks and white balloons filled the sky as the mid-Missouri chapter of the Alzheimer's Association brought awareness and hope to a place normally associated with grief.

Rob Dalton was in attendance at Thursday night's Light up the Sky for Alzheimer's and knows all to well how hard Alzheimer's disease can be on loved ones.

Christy Coulston is a volunteer community educator for the chapter and also owns Million Taylor Funeral Homes in Moberly. She said the main goal of Thursday's event was to provide awareness of the disease. She also provided resources from the Moberly Regional Medical Center and long term care facilities to help educate the Moberly community.

Kim Welch, the Administrator of Vally View Health & Rehabilitation Center in Moberly, has spent years as a long term care taker for those with Alzheimer's. She said the most important thing to do is talk about it.

"Talk to your family. If you think there is a problem, explain what you think. Talk to your doctor, there are medications that can help slow the process down. Just talk to people. Don't be afraid." Welch added, "There are people out there to help you and support you, and if you don't use what is out there, they can't help you."

"If you have a family member who that tells you something is not right, listen to them. That's what happened. None of us believed my dad about how bad my mom was until my dad passed away. Then we saw it first hand. Oh my god, dad wasn't kidding," Dalton said.

He also agreed with Welch.

"If you suspect someone is losing a little memory or they aren't as with it anymore, go and have it checked out. It's never too early," Dalton added.