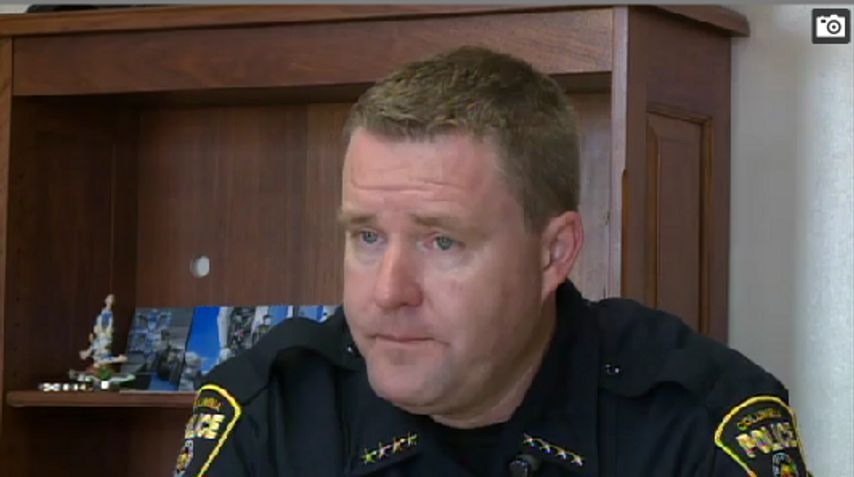 Jones spoke with KOMU about his time as interim chief so far and his plans for transforming the department.

KOMU: Let's start where this all began for you. You stepped into this job after your predecessor, Ken Burton, left under tumultuous circumstances. Do you feel pressure to overcome any stain it may have left on the department?

JONES: "You know I've really tried to focus on the future and not so much what someone else has done or didn't do. It's really not about rewinding things it's about moving forward. When we move forward we have to focus on what's ahead.

KOMU: One of the issues from the previous police administration was low morale. What are you doing to boost morale within the department and get people excited to work here?

JONES: I really just try to show that we are all in this as a community not just in the building but everywhere. I started by getting rid of gold buttons. I know that many people thought it was trivial but it was something that separated our command staff from our officers. I asked that command staff meeting be opened to all staff and now they're just staff meetings so that officers can come in and see what decisions are being made and how they're being made. I really felt like it was important for the people doing the work had some input in where we go from now.

KOMU: Many people don't know the ins and outs of your job. What is the hardest part?

JONES: Trying to change the culture of our police department through training, policy, discipline. Trying to redirect a focus on our training and really trying to implement some policy changes is really difficult, but balancing it with the public perception is even harder. The people in our community don't always know me as well and they don't have that personal relationship with me. They don't have the insight to maybe give me that benefit of the doubt. So that's been a little difficult here lately.

KOMU: What are your goals for the future of the department?

JONES: I want to get cops in neighborhoods. I want to address violent crime. Work more closely with our federal partners and the sheriff's office and MUPD. I really want cops to be part of the community conversation and not us versus us. And I think the more I can do in my tenure to do that, the better off we'll be.