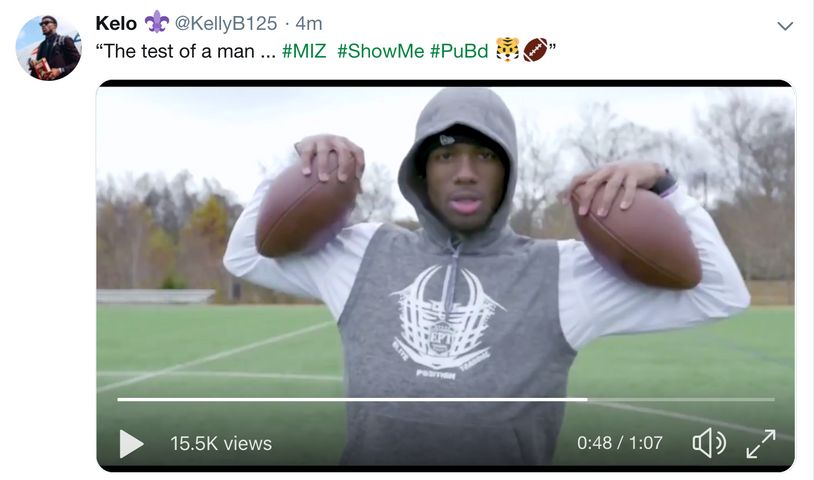 COLUMBIA - Highly anticipated Clemson graduate transfer Kelly Bryant announced he will play his last season of college football for the University of Missouri.

Bryant spent the 2017 season as the starting quarterback of the Clemson Tigers. Four games into the 2018 season, he was dethroned by freshman Trevor Lawrence and announced he would be transferring for his last year of eligibility.

The dual-threat quarterback will likely be get the starting position for the Tigers after the departure of senior Drew Lock. Bryant will be coming into an offense that is bringing back a core group of players.

In his season as the signal caller at Clemson, he led those Tigers to the College Football Playoff and ending the season 12-2.

Mizzou fans were heading into the basketball game against the University of Texas-Arlington when they heard the news.

Gary Amos, who was walking frantically into the arena said, "I am looking forward to see the new quarterback and what he brings to the game."

Mizzou student Justin Sharp said he is really excited about all of the assets on the team coming together.

"A lot of other freshman coming in, and other transfers coming in. It's going to be a good season for Mizzou next season," he said.

Bryant brings a lot of talent along with a winning culture to Mizzou from Clemson. He finished at Clemson with a 16-2 record overall.

Bryant is expected to be the starter come Aug. 31.