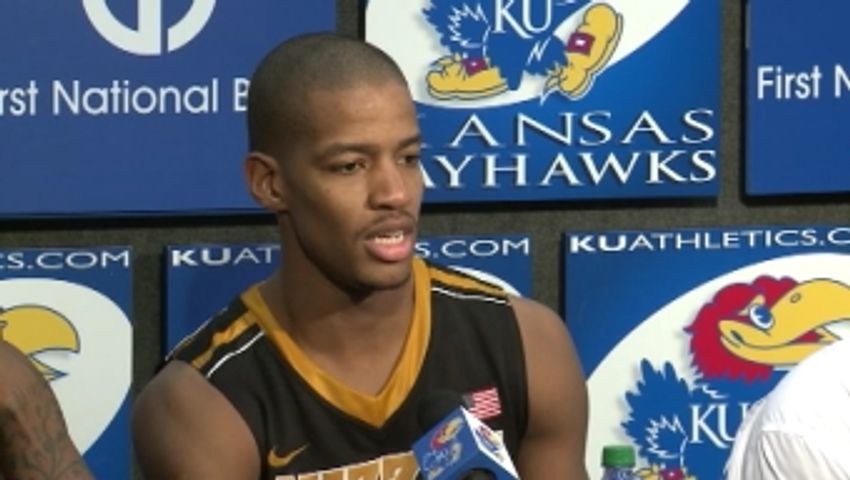 LAWRENCE, KS -- Missouri basketball fans will remember, what could have been, the last game between Mizzou and Kansas been for the questionable calls at the end. Refs called 14 fouls in the second half and overtime in Saturday's game between the pair of top five teams, including one for Kansas' Thomas Robinson that left Coach Frank Haith of Mizzou wanting a second look.

"You know the play I really want to see was the play in regulation, I think, where Robinson got the and one," Haith said. "I want to see what happened on that foul"

Coach was also not happy when Robinson blocked Mizzou's Phil Pressey when he drove inside the paint. In addition, with 12 seconds left in overtime, Pressey picked up a questionable fifth foul on Kansas' Tyshawn Taylor, who hit the game-clinching free throws.

"Big 12 man, home and away," senior Kim English said. "Some questionable calls down the stretch, but I mean that's a judgment call on the referees' part."

Nonetheless, Missouri will have to move on as they head into the Southeastern Conference next year.