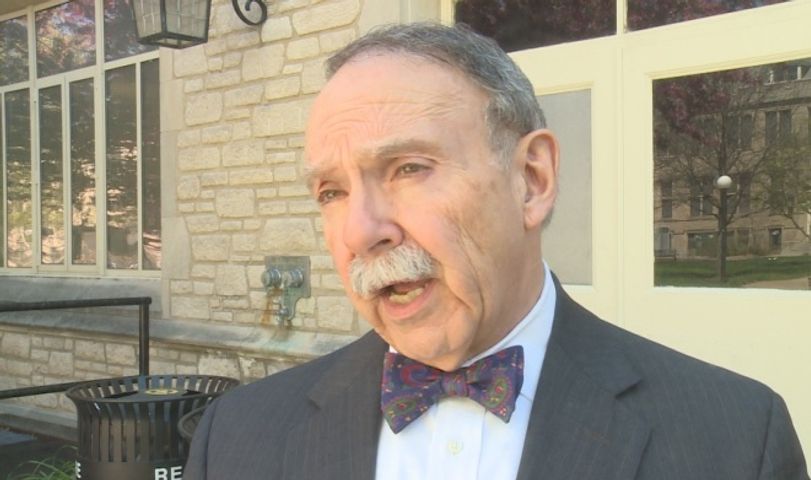 COLUMBIA — Former MU Chancellor R. Bowen Loftin has yet to start an administrative job that was announced after he stepped down on Nov. 9.

Loftin's resignation came hours after former University of Missouri System President Tim Wolfe relinquished his position. University leaders said Loftin would transition to a role in which he would help coordinate research on MU's campus with Cerner Corporation.

"The pace of events from last fall, has precluded the kind of normal development process you might go through to make those kind of relationships happen and that's probably why this is taking longer to resolve than it otherwise takes," Loftin said.

On Nov. 12, Cerner sent a message to Donald Cupps, who was then the chair of the UM System Board of Curators. Cerner stated its concerns about the transition agreement. It also requested the removal of any reference to the company in Loftin's agreement with the university until Cerner's governing body has reviewed it in full. Cerner indicated it had no prior knowledge about Loftin's supporting role.

Loftin said Tiger Institute's decisions come half from MU and half from Cerner and, after the initial deal, he reached out to the leadership. There have been several meetings but, in his mind, no closure, he said.

Chief Communications Officer for the University of Missouri System John Fougere said Loftin's terms of transition agreement would be active once Cerner concurred. He said the position is currently not feasible.

Cerner Communications spokesman Dan Smith agreed and said "nothing has been presented to the institute's board of governors for consideration regarding Mr. Loftin."

Currently, Loftin has been working in conjunction with Hank Foley to look for potential research sponsorships. He said he is still employed by the University and lists his job titles as professor of physics and former chancellor.