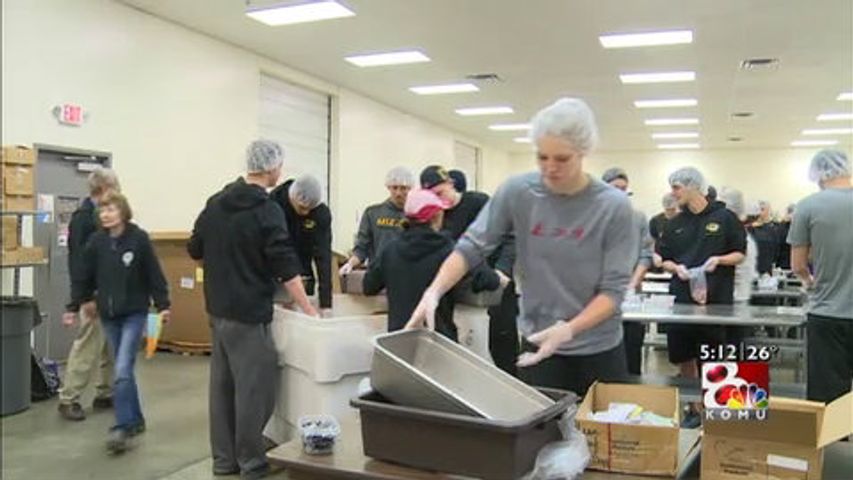 COLUMBIA - Radio stations broadcast a Partnership Against Hunger event with the Food Bank for Central and Northeast Missouri Tuesday.

David Lyle of KFRU 1400 set up shop in the Schnucks parking lot, starting his 12-hour show promptly at 6 a.m. Seven other locations in Columbia and Jefferson City, including all Columbia Walmarts, also offered collection bins for food or money.

Food Bank spokesperson Mike DeSantis said the bank sent 36 million pounds of food throughout the state last year, but ultimately, the numbers are not what is most important.

"It'll be talking to some people who I've known before in the past who we gave food too, and this year, they're giving back to us," DeSantis said. "It's the relationshps you remember more than anything else."

DeSantis said people should avoid bringing perishable meats or food in glass containers to any food drive locations. At the end of the twelve-hour event, the food drive raised $90,263 and collected 11,000 pounds of food.