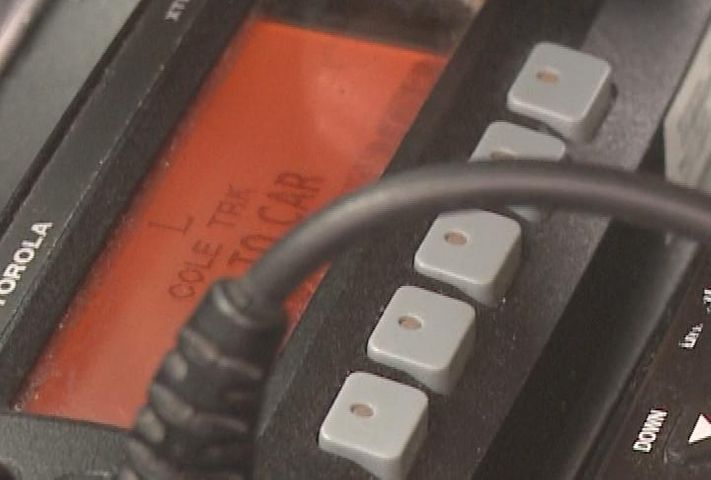 COLE COUNTY - The Cole County Sheriff's Department switched its radio system to MOSWIN, Missouri Statewide Interoperability Network, back in January and is now reaping the benefits.

MOSWIN allows local, state, and federal agencies in Missouri to communicate with different disciplines across jurisdictions. This helps ensure these agencies can communicate better in emergency and disaster situations.

"Whenever we had our conventional system, we had probably 65-70 percent coverage of the county,"

Wheeler said. "Now we have 99 percent coverage of the county."

"Our radios wouldn't work," Wheeler said. "That is a huge safety issue for us and for our deputies. The guys would even joke that once we got about two miles outside the city limits, we didn't have radio coverage anymore. It's been a huge issue since we took office."

Wheeler remembers a situation he would not have been able to get through without MOSWIN.

"I was in Hermann for an investigation and got out of my vehicle and used my portable to contact dispatch," Wheeler said. "You're going from an agency that was two miles out of the city limits and wouldn't have radio coverage to now, where I'm talking to people from Hermann."

Wheeler said the sheriff's department got MOSWIN through a grant called the MOSGAP grant. He said more agencies could use that money.

"The main thing that would be nice is more grant money to get more agencies on because it's an expensive system if you can't get on with the original grant," Wheeler said. "But the more people we get on it, the better off the state will be."

Agencies that use MOSWIN are divided into two levels of users: level one and level two.

Kevin Wieberg, a paramedic at Cole County EMS, said MOSWIN helps them when transferring patients out of the county.

"If the need ever does arise where we would need help while we're doing one of these out of town transfers, we could communicate to another dispatch center in that area to send help," Wieberg said.

"Another way that we utilize this is we have more avenues of communication as well," Wieberg said. "We're not limited to just our one dispatch frequency. If we ever have a dead spot in the county where we can't communicate by using conventional means, we can switch over to MOSWIN and still talk to our dispatch center."

The extra avenues Wieberg referred to are called talk groups. These groups consist of different local, state, and federal agencies.

Shawn Gerstner is a deputy at Cole County Sheriff's Department, and he said the different ways of communication are simple.

"We've got several interoperable channels built in," Gerstner said. "For major incidents, we'd be assigned to a specific frequency. We'd switch to one of those, and most agencies in the state have those as well and would be able to communicate that way. For local agencies, we've got those built into our radios as well. We've got the Jefferson City Police Department and local ambulance and fire districts if we need to be on their frequency directly."

Lt. John Hotz, who serves as the Assistant Director of the Public Information and Education Division of the Missouri State Highway Patrol, said these channels are very beneficial.

"If we have cases where we have a lot of agencies in one particular area, we can set up those channels which are designed specifically for interoperability," Hotz said. "We can switch to those channels, and various law enforcement agencies, as well as other emergency response agencies, can communicate all in one."

"When seconds can be critical, that helps," Hotz said. "That short time can be very beneficial."

Currently, 638 agencies in Missouri are using MOSWIN. One hundred forty two of those agencies are level one users.