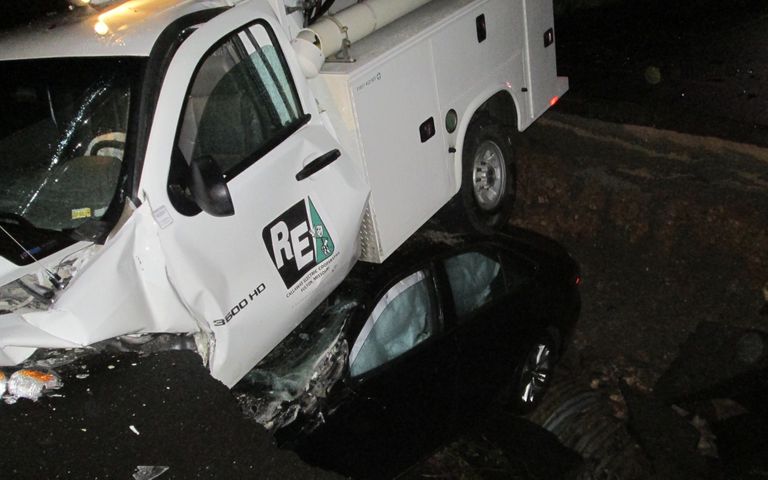 COLUMBIA - Overnight rain and flash flooding caused a number of problems across mid-Missouri, including a road closure and changes to bus schedules.

In Callaway County, the Missouri State Highway Patrol said part of Route K has been washed out. Troop F tweeted a photo of a crash in which a car went into the washout, followed minutes late by a truck. Troopers reported non-life-threatening injuries in the crash.

Parts of Highway K are washed out. This crash occurred near County Road 4057.

Car went in to washout, followed a few mins later by the truck. Non-life threatening injuries. More details will be released on our online reports.#MoWx pic.twitter.com/4Ig7JbdE9C

MoDOT reported that section of Route K, east of Route O and Readsville, will be closed until further notice.

The KOMU 8 First Alert weather team said more rain is expected Monday evening, along with a threat of severe weather. Up to 3" of additional rain could fall in parts of the area, creating a risk of further flash flooding.