Rain holds off as thousands gather to celebrate Earth Day 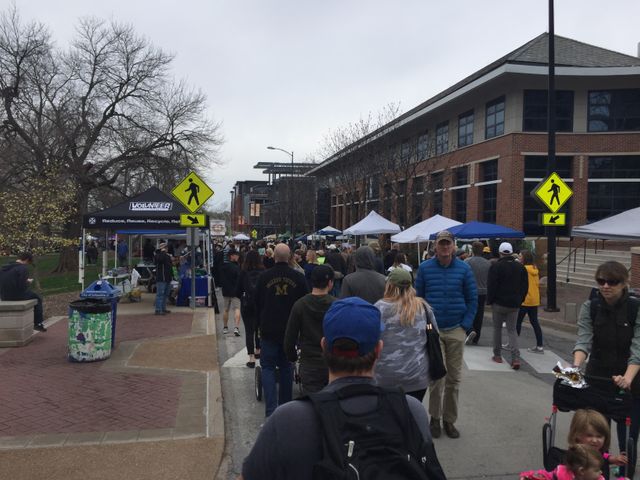 The festival featured over 250 booths, said Laura Wacker, an organizer for the event.

In one booth, festival attendees lined up to receive fairy crowns. "It's Our Wild Nature", a local nature group, made the crowns from wild honey suckle, an invasive plant found in Missouri.

"Everybody talks about invasive species," Sutu Forté, co-chair of the group, said. "Well we thought what could we do with these invasive species? And my talented members have turned them into crowns adorned with ribbons and flowers.”

Forté wasn't the only one excited for the festival. Rebecca Luyett and her son, Skyler, also had flower crowns made for them.

"I think it’s really awesome that rather than destroying something, you make something beautiful so everyone can feel special while you're wearing it," Luyett said.

Wacker said this year's turnout may be a bit smaller because of the cloudy weather.

For Forté, the weather isn't stopping her from encouraging others to see the nature around them.

“Turn the light bulb on with people’s awareness of nature, wild nature," Forté said. "Not a potted plant, not a piece of lawn but the actual wild nature of Columbia.”