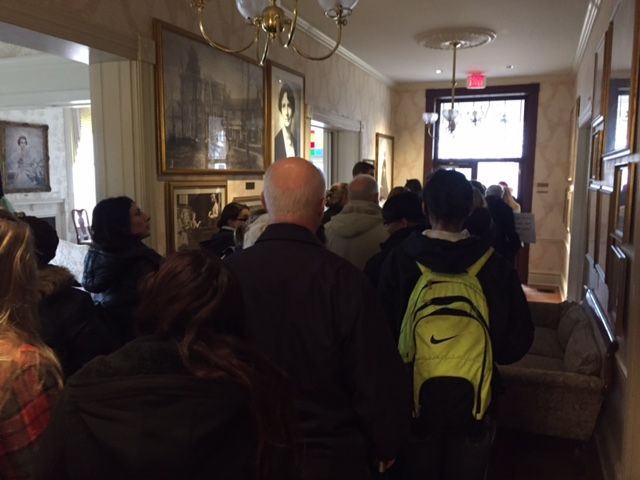 COLUMBIA - Almost 50 years after the death of civil rights leader Dr. Martin Luther King Jr., Columbia groups still celebrate his contribution to the civil rights movement and to the community.

Stephens College began its MLK program with a service project where students painted a diversity mural.

"Today is an opportunity for Stephens College and the community to come together to recognize Martin Luther King Jr. and the work that he did," Owles said.

Students, staff, and faculty of Stephens College gathered on campus for their annual peace march. The march began on Waugh Street, and the group headed toward Windsor Hall on East Broadway.

About 100 people gathered following the march for a program dedicated to Assistant Professor Monica Hand who passed away last December.

The program aimed to commemorate MLK through art with a choreographed dance titled "Freedom", a soliloquy performance and more.

The event was held at Progressive Missionary Baptist Church where city leaders, church groups and community members came together.

"His life showed you can accomplish things without a lot of violence, and this is what we try and talk about in this program," Thompson said.

Thompson said the legacy of MLK is making a change in your community.