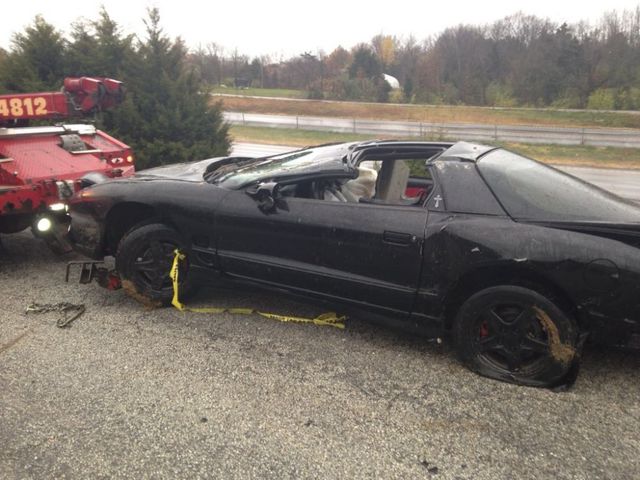 BOONE COUNTY - The rainy weather caused several car accidents all around mid-Missouri Monday morning, including a death in Jefferson City.

Around 8:30 a.m., a 21 year-old man lost control of the wheel heading northbound on Highway 63 near Huggard Lane in Boone County. The car overturned and came to a stop upside down. The man was taken to the hospital with minor injuries. He was wearing his seat belt at the time of the crash, according to the Missouri State Highway Patrol.

Other accidents occurring in Boone County included one on Interstate 70 East near exit 123, as well as an accident on Stadium Boulevard and Mick Deaver Drive in Columbia, according to Boone County Joint Communications.

In Jefferson City, two vehicles were involved in a deadly crash on Highway 50 East just before 7:30 a.m. A 19 year-old woman died in the crash according to the Jefferson City Police Department. There are injuries to the occupants of the other vehicle, but the severity of their injuries are unknown. Officers from JCPD's traffic unit were reconstructing the accident Monday morning.

According to the Jefferson City Police Department, 19-year old Madison Bartle's car slid on the wet roadway and into the median just was Eastland Drive. Police said the Chervrolet Cavalier went into the air and struck a Dodge Caravan in the eastbound lanes driven by 82-year-old Clyde Timberlake. The impact caused Bartle's car to slide off the road an roll onto the driver's side.

Bartle was pronounced dead at the scene. JCPD said she was not wearing her seatbelt. Timberlake and his passenger Belulah James, 82, were taken the hospital.

In Callaway County, two Holts Summit residents, a 27-year-old woman and 17-year-old boy, suffered minor injuries in a crash on Highway 54. It happened just west of South Summit Drive at around 7:40 a.m. Monday. Both were wearing seat belts according to the Missouri State Highway Patrol.

[Editor's note: this story has been updated with additional information on the crash in Jefferson City and grammatical/style changes.]