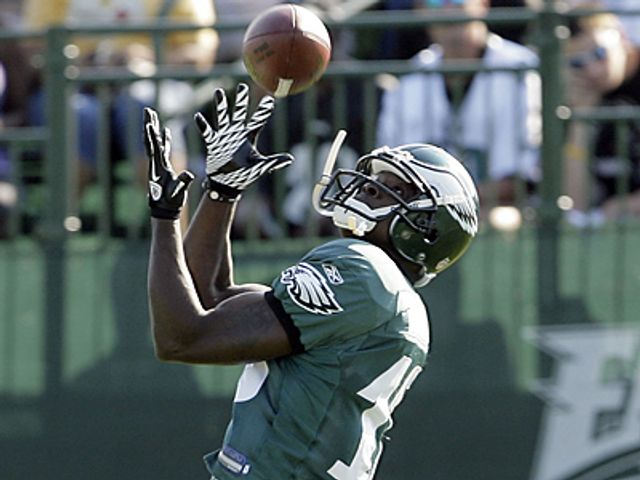 "I will be happy if they go 15-1 as long as they lose today," Parres said. "I root for the Eagles, or whoever Jeremy plays for."

Andre Maclin said, "It was a game he didn't stop taking about, we were all really excited."

"It's obviously one I highlighted, I came home and one that I was really looking forward to," Maclin said.

Even before the NFL Maclin played on this field as a Missouri Tiger in games against Illinois. His homecoming not only involved his family, but his highschool marching band, a group unsure of who to cheer for.

"To see rams and Eagles is tough. We love the Rams, but we want to see Jeremy do well," said Matthew Dorsey, a band member at Jeremy Maclin's former high school.

Maclin dealt with health concerns this offseason, but doctors cleared him. He says he appreciates the good times even more.

"I didn't know what was going on," Maclin said, "I wasn't sure about my future, but it really meant alot."

Parres said, "I'm not the most religious person, but it's a blessing he's here playing, I don't think people realized what we went through emotionally with Jeremy's illness."

"It's emotional," Andre said, "but it's the fact that he's now healthy that's most important."

Though Maclin had a quiet day with one reception for twenty yards..he says it felt good to finally play, and even better to do it infront of his family in his hometown.