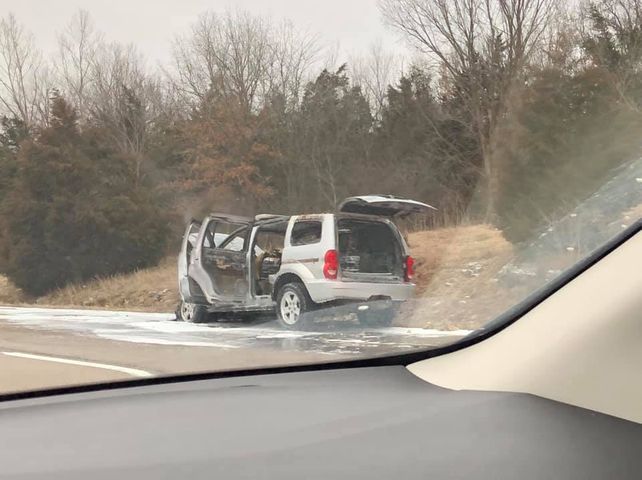 COLUMBIA - A Randolph County Sheriff's Office vehicle was destroyed after catching fire on Highway 63 Friday.
The department said a jailer en route to Columbia was driving the vehicle when it caught fire near the Pinnacles. The driver was able to pull off the highway and escape. They were not injured.
Video from passerby April Smith Case shows two fire engines on scene as heavy flames shot out of of the vehicle's engine. The department said the vehicle was a total loss.