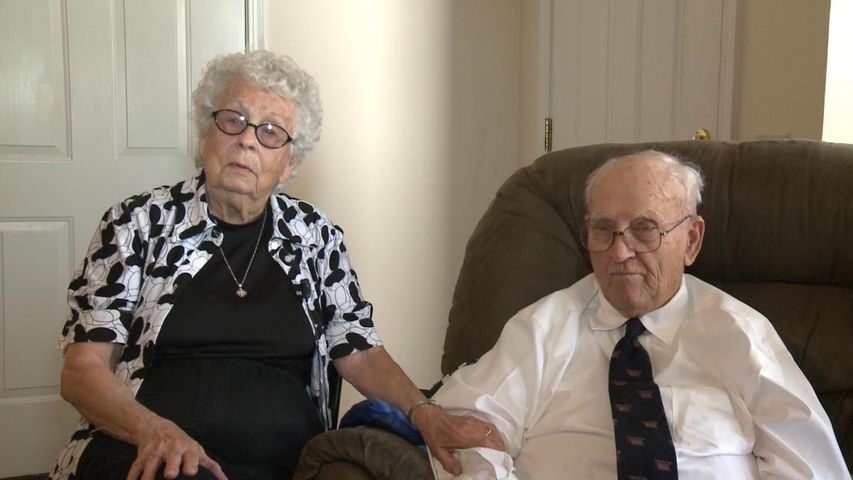 "Just really be in love and don't fail to tell your mate that you love them," Norma said. "Still today he tells me 50 times a day that he loves me and always has and always will."

It's a love that's lasted 71 years, and landed them the title of "Randolph County Old Settlers Longest Married Couple" for the past three.

Norma says it was love at first sight.

"I met him in May," she said. "We had our first date on the Fourth of July...on July 30 he asked me to go steady, and by September 5 we were married."

They were married in 1942 and about a year later Bob enlisted and was shipped overseas as a member of the Navy.

He says memories of the war still haunt him, but hobbies like painting, collecting old lamps and fixing up furniture have kept him busy. Not to mention his steady growing family.

A big family meant a bustling kitchen, and a lot of cooking for Norma.

"It's fun having a big family," she said. "Before we got old and had to give up our home, Sunday dinner was my thing. I had at least 20 to 30 people over every Sunday to gather around the table and find out about everyone's week."

After Bob retired in 1986 the two took their love for traveling to a whole new level.

"Germany was a favorite place," Norma said. "We did a whole ten week tour through Europe, too."

Norma's role as president of the national organization Daughters of the American Colonists also sent them on many trips to Washington D.C. The two have even visited all 50 states at least once.

Together they've shared plenty of laughs, and tears.

"The biggest thing we ever faced was losing a daughter," Norma said. "She was 29 years old. If we hadn't had one another it would have been terrible...but when you have somebody to cry with, it helps.

Now, they're sharing the struggles of a horrible disease. Three years ago Bob had a stroke and is now suffering from early-onset Alzheimer's.

But Norma said the two will face it like they have everything else.