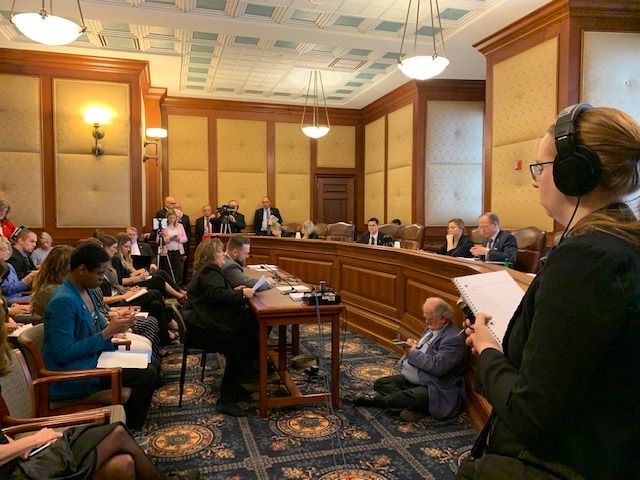 JEFFERSON CITY - Under a proposed bill, abortion would only be allowed in one instance once a fetus has a heartbeat: a medical emergency that could harm the mother.

The sponsor of the bill, Rep. Nick Schroer, R-O'Fallon, said rape, incest and the possibility of down syndrome are not special cases.

"There is no less value for a child that is conceived out of those situations," Schroer said. " I firmly believe that one act of injustice should not justify another."

Schroer said a heartbeat can be detected six weeks in to the pregnancy.

Under the bill, anyone who knowingly performs a late-term abortion is guilty of a class B felony, and the suspension or revocation of their medical license could follow.

Jennifer Box, who aborted a child with a chromosomal anomaly, opposes the bill. She said she and her husband decided to have the pregnancy terminated to save their unborn girl from a lifetime of pain, in the highly unlikely event she did survive.

"Of course I thought of her pain. I thought of nothing else obsessively every night as I lay awake in bed," Box said. "It is still what breaks my heart when I think of her daily now that her body would be racked with pain and there is nothing worse as a parent to imagine that life for your child."

Samantha Mayberry, who supports the bill, said she regrets aborting a child conceived during a rape. She said she believes life begins at conception and there are options besides abortion for women in tough situations.

She said she was in an abusive marriage and was raped by her husband and twice conceived children during an attack. Mayberry said she opted for an abortion the second time because she wanted to leave the marriage and thought it was her only way out.