Rare landspout touches down in Audrain County near Laddonia and Farber 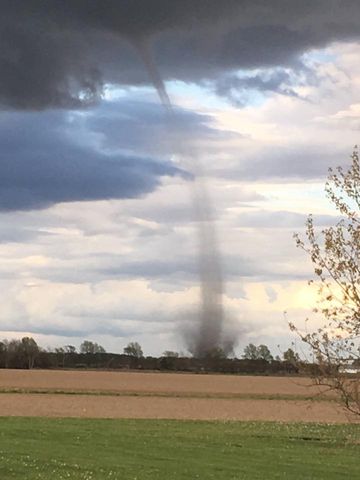 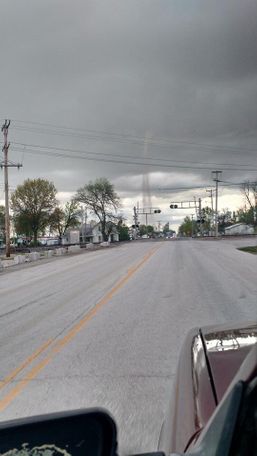 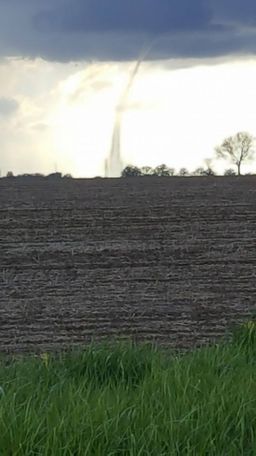 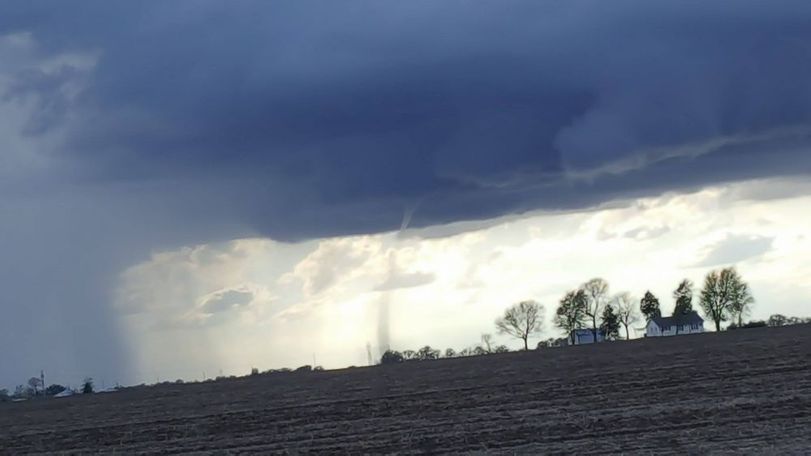 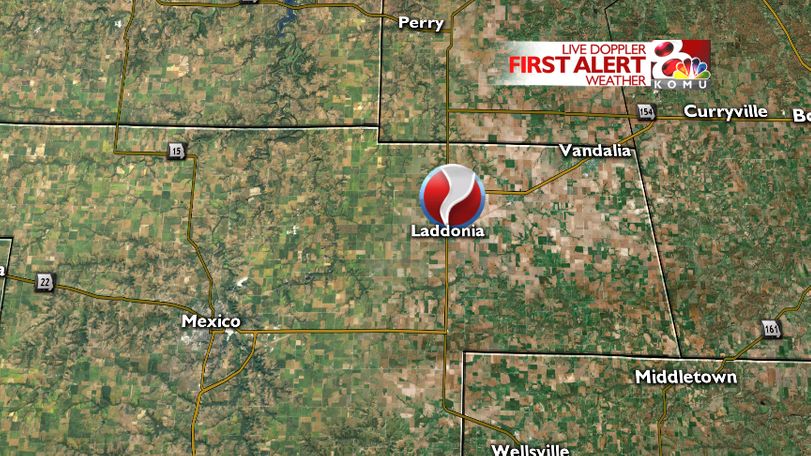 The landspout tornado was located near Route J and HWY 54 north of Laddonia. 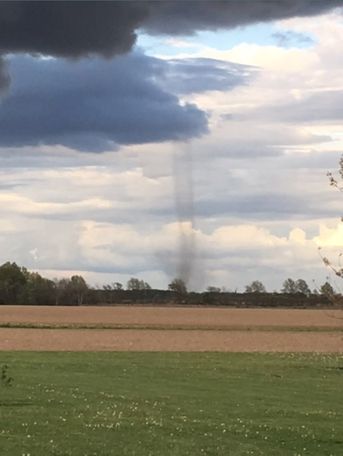 AUDRAIN COUNTY - A weak tornado touched down in rural Audrain County near Laddonia and Farber Tuesday evening. Viewers who saw the landspout firsthand sent in pictures and videos to the Live Doppler 8 First Alert Weather team.
Around 6:20 p.m. Tuesday, the weather team received reports of a tornado along Route J and Highway 54 north of Laddonia. So far, the only damage reported is roof damage to a machine shed. No injuries have been reported.
KOMU 8 Weathercaster Kenton Gewecke said the National Weather Service in St. Louis did not issue a tornado warning, as it was not seen on radar at the time and reports didn't come in until the tornado had lifted. The tornado was short-lived.
According to viewers, sirens went off in Vandalia, eight miles northeast of where the tornado touched down.
Gewecke said the severe threat will remain low the remainder of Tuesday night as the system continues to very slowly move northwest. However, lightning should still be taken seriously.
"The go-to phrase here is 'When thunder roars, go indoors.' Many people do not give lightning the respect it deserves," Gewecke said.
He also mentioned, "Tornado formation from a system like the one moving through mid-Missouri this evening is very rare. There isn't the mesocyclonic rotation we would usually see from a severe weather system."
Gewecke said this isn't your average tornado.
"This is considered a landspout. They form from vorticity within the boundary layer stretching upward," Gewecke said. "Basically, air is pushed up cyclonically into the cloud, but there wasn't a whole lot of rotation within the cloud itself. There wasn't a wall cloud. This is why it wasn't spotted on radar; landspouts rarely are. Landspouts are a 'sibling' to waterspouts, both of which are considered tornadoes."
Gewecke said this is another reason the weather team relies on viewers to be eyes on the ground while the weathercasters and meterologists look at all the data they have available to them.
"I'm very appreciative to our viewers for sending us pictures and video and reports whenever they can, in a safe manner," Gewecke said.
Viewer comments on Facebook

James Howland was taking his son to baseball about six miles south of Vandalia when he noticed the sky.

He said, “ [I] took a picture just to make sure I wasn't seeing things.”

“[I] literally watched the tail lift back to the sky,” he said.

Kathleen Barnett sent KOMU 8 News photos that she took about three miles south of Laddonia. She said she thought the wind even damaged the roof on a building nearby.

“We could see the funnel spiral and attempt to gain momentum, but nothing came from it. No noise, just wind,” Barnett said.

She said she was facing south right along Highway 19.

“It then started raining heavy, wind picked up and hail,” Barnett said.

Chelsea Flowers also sent in pictures of a tornado touching down near Highway 54 outside Laddonia and Route J.

“I just wanted someone to report this and let everyone know the sirens wasn't a drill,” Flowers said.

As always, you can follow showers and thunderstorms with our Interactive Radar. You can view it for free on Apple devices, Android devices and on our website.
You can get more updates from KOMU 8 Weathercaster Kenton Gewecke on Facebook and Twitter.