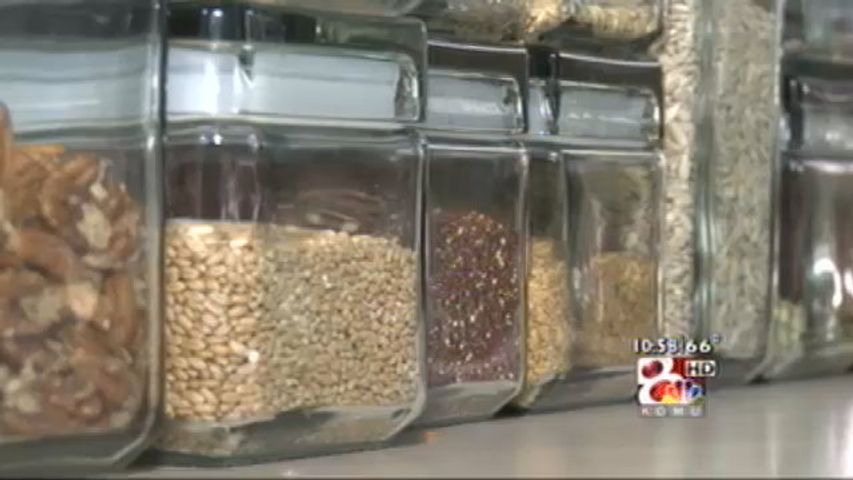 COLUMBIA - Jane Smith was skeptical at first. Imagine eating just raw food. But she gave it a try to support her granddaughter's switch to a raw diet.

"I thought is was really strange and really weird and certainly way too hard for me," she said. "I was already weird and different enough."

But she tried it anyway, exchanging 12 years as a vegetarian to eating 95 percent raw food for the last six years. She now advocates the diet through teaching, selling books about the food, and sharing her personal success. Smith lost a lot of weight, on top of that, she says she just feels healthier.

Raw foodism is centered on the belief that eating foods, mostly plant products, in their natural state provides the greatest nutritional benefit. It also states that cooking food above 118 degrees Fahrenheit destroys natural enzymes that could be beneficial to the body.

But are they? Registered Dietitian and Nutrition and Wellness Counselor Ginger Meyer says there is not enough evidence to really say.

"They claim that the enzymes have some curative effects related to a variety of things from headaches to fibromyalga to arthritis, diabetes," Meyer said. "But it's really not been proven that those enzymes are beneficial."

Meyer says that the high acidity of the stomach could destroy the enzymes before they could be absorbed anyway.

But even though there are not many scientific benefits to a raw food diet, there aren't many known negatives either. The most notable is a lack of B12, a vitamin found mostly in meat, for which you can take a supplement.

Meyer says that a lot of the foods raw foodist eat, the fruits and vegetables, are foods she would suggest to clients, but she would steer them away from going totally raw. In her opinion, the health benefits of going raw may be more about what people are not putting in their bodies, things like caffeine and refined sugars, more than what they add to their diet.

Personal stories like Jane's might be the strongest documentation for now. Six years of experience have proved to her and others in a Raw Food Meetup group in Columbia, that the difficulties are worth the benefits.