Real ID changes a year away, will effect airline travelers 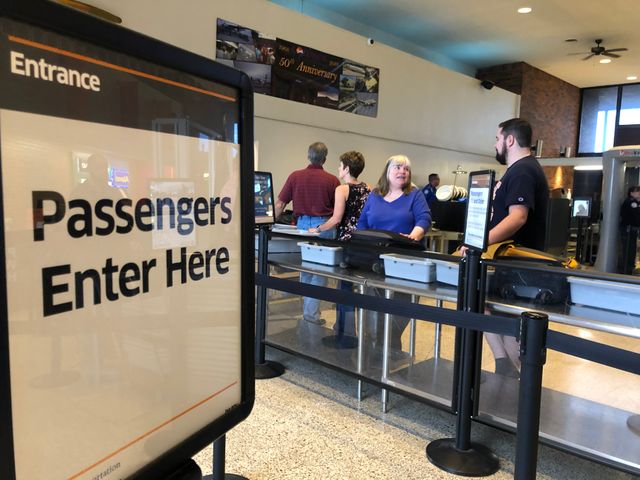 COLUMBIA - Less than a year from now every airline passenger will be required to have a Real ID-compliant driver's license or other accepted form of identification in order to travel nationwide via airline.

While there still is time to get the proper identification to travel, local residents said they do not feel as if they've been properly notified about the change.

"I didn't know anything about this until today," said Lynne Hendrick, a passenger at Columbia Regional Airport. "I really am not well informed about it and I'm not sure a lot of people are."

The Missouri Department of Revenue website said the Real ID-compliant identification cards have a star in the upper right hand corner while other IDs have a note in the right hand corner that says "not for real ID purposes."

Another traveler said her frustration stemmed from the fact that if this change had been broadcast more heavily, she would've switched IDs sooner.

"Who knew this was happening? I mean, we should've known a couple years ago so that when you get your license renewed we're ready to roll," said another passenger at Columbia Regional Airport Jackie Petersen.

An official at the Columbia South License Office said DMV clerks are required to ask customers if they would like to get a Real ID-compliant license.

One local resident said he had he been more aware of what the newly offered ID was, he would've said yes when asked.

"I knew nothing of it. Never heard of it, nobody every mentioned it to me." said resident Jonnard Okechukwu. "So when they told me in there I was like I don't know what this is so I didn't end up getting it."

For a U.S. citizen looking to make the change, you can do it at any DMV, but you need the following items: state certified birth certificate or passport, social security card (cannot be laminated) or W2 form with social security number on it, and two pieces of mail showing proof of current address.

"Hopefully we'll have more information coming in our mailboxes and on T.V." Henrick said, "some way of communicating the information."

While many travelers expressed being upset due to the lack of information about the change, one traveler said it ultimately is for the best.

"I think we need to be very secure in everything we do these days and let's just get 'er done," Petersen said.

More information about the Real ID-compliant identification can be found on the Missouri Department of Revenue website.