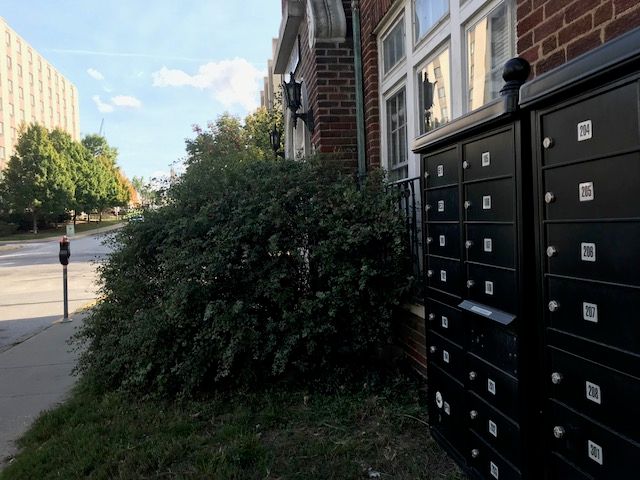 At around 3 a.m. Sunday, there was the sixth downtown shooting since July was reported near College Avenue and Ash Street.

Burton discussed in that meeting how crowds that gather in busy areas downtown tend to be one of the issues that cause crime in the area. He offered solutions like SkyCop technology and better lighting in areas around Broadway and 10th Street.

Since then, new LED lights were installed last month in some areas on Broadway in an effort to control crowds after bars close on weekends.

Although actions have been taken to control downtown crime, people who live in the area are not completely at ease.

Annie Crane has lived downtown for three years. She thinks her safety depends on the time of day.

"During the day when people are out and about downtown is a pretty busy area--I feel safe," Crane said, "At night when its darker and less people are around, I don't walk alone."

Crane works at a local bar downtown and said that police monitoring and lighting in areas like Broadway seem safe, but as she walks closer to campus it is less well-lit.

"I dont know how much a street light or a camera is going to do," said Molly Vanlaar, an MU student who lives downtown. "It's not going to stop this violence that is happening, but the conversation that we need to do something is the biggest part."