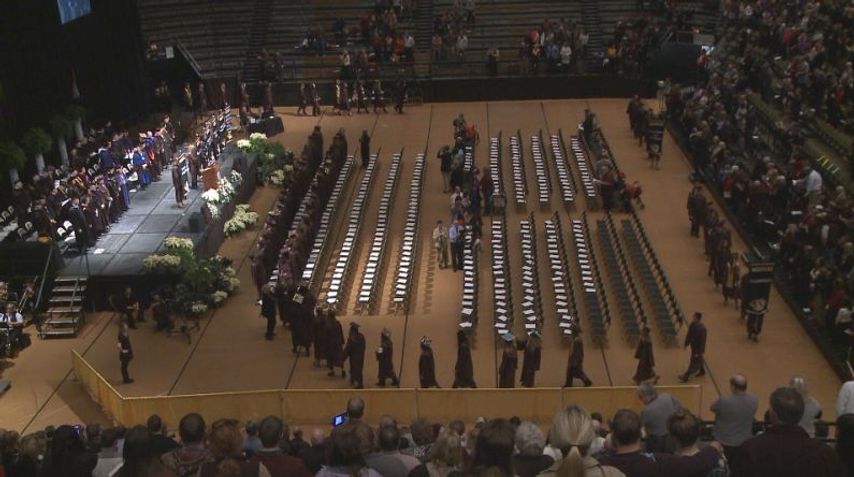 COLUMBIA - The University of Missouri will award a total of 2,436 students with diplomas this weekend. Each college and school holds their own commencement ceremony either on Friday or Saturday.

With diplomas now in hand, students are now tasked with finding employment and joining the work force. MU graduate Jake Griggs said starting the next chapter of his life feels similar to standing on the edge of a diving board. This situation is scary and exciting at the same time. Griggs, like other graduates, did not find a job prior to graduating. He said his focus is now on finding a job.

"That unknown is a little scary and it's a little intimidating," Griggs said. "Overall it's an exciting time because I am about to start a new chapter in my life, and I am about to partake on a whole new adventure."

Griggs said he would like to look for employment opportunities abroad before coming back to the states and working.

According to the Bureau of Labor Statistics Nevada is among states with the highest unemployment rate at 9.3%. On the other end of the spectrum North Dakota has the lowest rate at 2.7%. Nationally the unemployment rate sits at 7.0%.