Recovery Program is First Ever in Cole County Jail 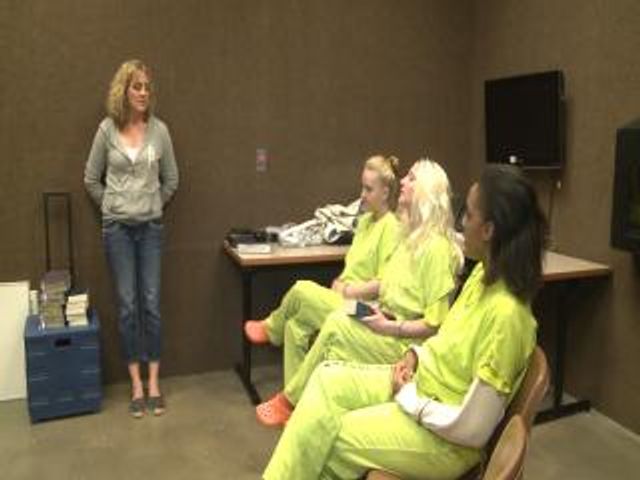 COLE COUNTY - The Cole County Jail is employing a first-ever outside volunteer to work with inmates to prevent drug and substance abuse recidivism.

Heather Gieck is a recovering drug addict and alcoholic. She is also the peer health adviser for female inmates, and has run the recovery program every Sunday for the past two years.

"So I struggled with addiction from an early age. By the age of 12 I was an alcoholic and from about that time up until I was 35 years old was when I finally ended up in prison," said Gieck.

Her recovery program is faith based, and is meant to bring the message of the gospel and recovery to inmates incarcerated for addiction.

Gieck's mission to bring recovery to other struggling addicts started when she spoke to one of her past teacher's gym class. This particular gym class, Health and Wellness, is a semester-long class targeted toward at-risk tenth graders.

Gieck had been searching for ways to get treatment into jails for many years, and about three years ago she went to Sheriff Greg White and gave him her idea.

White said he is always skeptical of people who want to volunteer in an unfamiliar environment, but wanted to know more about Gieck's plan.

"In this particular case I wanted to speak with her. She spoke with me, my chief deputy and some others, and Heather is real. She's been through the ringer herself, she's come out and she's one of the people who has pulled herself up by her boot straps," remembers White.

The program allows inmates to hear Gieck's story, talk about their own lives, focus on positive change, recite bible verses and listen to gospel music.

White said Gieck works well with her clientele, bringing recovery to people who adore her.

While her program is positive in many ways, Gieck said she has seen a few of the same faces come through the jail and through her program, "Unfortunately it seems to be a revolving door for many women."

A majority of individuals going in, out and back into jail is due to drug abuse, said White.

Gieck said, "Until an addict is willing to open up their mind, body and spirit to recovery and God, he/she may never end the vicious cycle that is addiction."

Gieck said she has been a product of addiction all of her life, but since recovering and finding God she said her life has never been the same.

"I am now learning how to be a mom to my three children, a good mom," adds Gieck.

This year marks her eighth year of sobriety and she is expecting her first granddaughter in May.