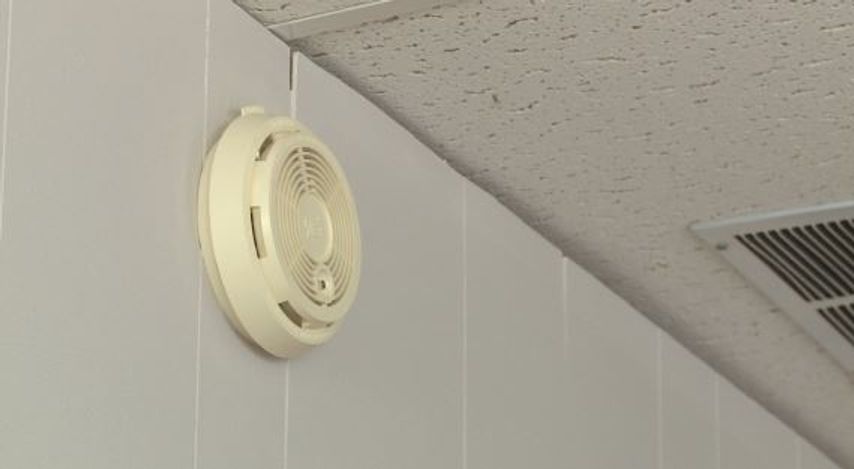 JEFFERSON CITY – The Central and Northern Missouri chapter of the American Red Cross is installing free smoke alarms for people who need them.

The installations are part of the Red Cross’ Home Fire Campaign, aimed at reducing the number of home fire deaths and injuries.

The campaign launched two years ago, and the past year has been successful for Central and Northern Missouri.

“Smoke alarms cut the risk of death from a fire in half,” Griffith said.

Anyone can register for free smoke alarm installation. The chapter installs up to three alarms per home.

“We offer smoke alarms to anyone who needs them,” said Kath Mayne, Central and Northern Missouri Red Cross Disaster Program Manager. “Need can be based on you can’t afford to buy them, you can’t climb the ladder. We don’t have really any forms or anything to fill out. If you say you need them, you need them.”

This year, the chapter reached out to the Amish community in the Northern Boone and Audrain counties.

“They don’t use electricity, so there’s less chance of fire there, but they do use wood stoves and open flames,” Mayne said. “We’ve been installing quite a few smoke alarms in that community in the last couple weeks.”

Mayne reminds residents who currently have alarms to check them regularly.

“Check your smoke alarms to make sure they’re still working,” she said. “For many smoke alarms, you need to change the batteries at least once a year.”

She also said the detectors do not last forever, and new ones should be bought after a decade.

“It doesn’t matter how it’s designed or whether it’s battery or not, the detectors only last 10 years maximum,” Mayne said. “So, it doesn’t matter if the beeper is still working, that just says you’ve changed the battery. The detector won’t work more than 10 years.”