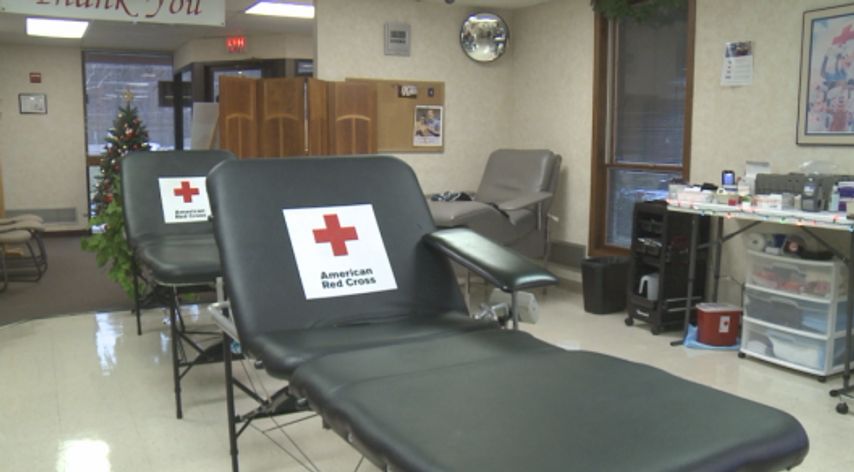 COLUMBIA - The American Red Cross is encouraging eligible people to donate blood now more than ever.

Donations decrease during December, especially around the holiday season, according to a press release blood the non-profit organization issued.

Craig Jackson, Red Cross senior accountant manager, says its a huge problem because the need for blood is constant.

"Blood does have a shelf-life of 42 days, but it’s in and out of our doors about as fast as we can get it during this time of year," Jackson said.

"Typically we run about 92 percent. Looking just off those efficiency numbers, you’re looking at a 7 percent decrease," he said.

He said Boone County gets hit pretty hard in December because 20 percent of its donations come from high school and college students.

"They donate when they’re school. Once they’re out of school, they just don’t think about it. We miss those donors over that time," Jackson said.

Brock Gerstner, a student at the University of Missouri, is one of the few donors who make an effort to continue donating, even in December.

"I would just say this is a good time for students do it. Our schedules are open," Gerstner said. "Adults are at work for eight, nine hours a day and have to go home to families. So just finding time in your schedule and giving back to the community, I think this is a good way to do it."

A lack of students isn't the only cause for a decline. Sponsors who typically organize blood drives also contribute to the dip in donations.

"A lot of manufacturing facilities or places of employment, their workforce is down so they can’t run a blood drive during that Christmas season. So you lose those opportunities as well,” Jackson said.

Even the cold and flu season plays a role as well.

The effects seen in Boone County are not isolated. The Red Cross offers donating opportunities in 15 Missouri counties.

"We cover down to the Lake of the Ozarks, to the Iowa border all the way over to Kansas City, the Hermann area, and just about every one of those counties we do see a decrease in donors," Jackson said.

The Red Cross plans to incentivize donors from December 21 to January 7 in hopes of countering the expected decrease.

“We do a long-sleeve t-shirt give-away for all those donors," Jackson said. "There’s also going to be gift card incentives depending on what type of donation, whether it be a platelet or red blood cell donation."

For Gerstner the best incentive is taking a break for a good cause.

"It’s kind of relaxing honestly if you don’t mind the needles or anything like that. I just encourage people to find the time to just come and do it," he said.