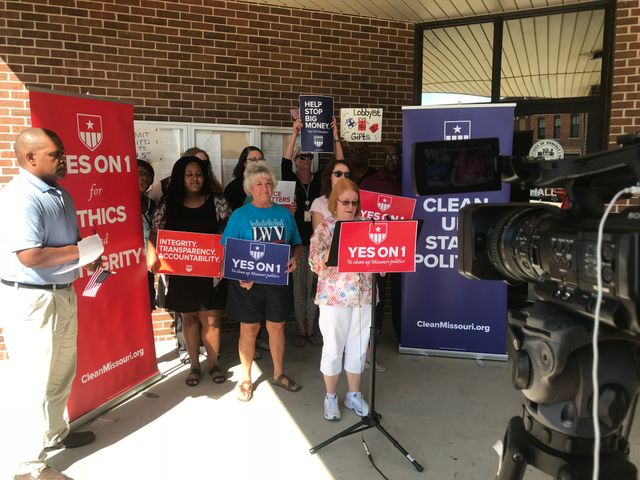 MOBERLY - Supporters of the "Clean Missouri" initiative endorsed Amendment 1 after a judge ordered removal to take it off the November ballot.

The League of Women Voters of Missouri met at Moberly City Hall Monday after a Cole County judge ordered on Friday that the Missouri Secretary of State's office remove Amendment 1 from the ballot.

"I think that Judge Green did get it right," said Sen. Bob Onder, R-Lake St. Louis on Friday. "No one should be fooling Missouri voters in order to approve something they don't understand and wouldn't want if they did understand."

Amendment 1 is designed to change the Missouri Constitution and some reformers think these laws about ethics need to be passed.

The state board of directors said that lobbyists, big donors and small groups of political insiders have too much control and influence over Missouri's state government.

"But it doesn't have to be this way," said board member Nancy Copenhaver.

According to Clean Missouri, if Amendment 1 passes, it will eliminate almost all lobbyist gifts, require that legislative records be open to the public, ensure that neither political party is given an unfair advantage when new maps are drawn after the next census, and more.

"Political and racial gerrymandering distorts and undermines representative democracy by allowing officials to select voters, rather than allowing voters to select their officials," Copenhaver said.

A pastor in Huntsville also showed up to endorse Amendment 1 because he wants people to know that their vote matters.

"Often times people feel that because I don't have money, because I'm not connected that I might as well just stay home," Tim Fugate said. "I think that when we separate fact from fiction that empowers people to get out and affect change."