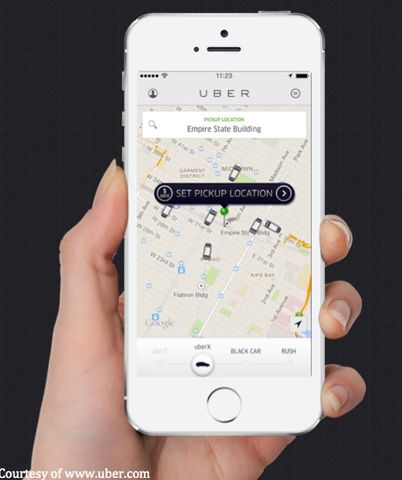 Drivers who wish to work for the ride-sharing company will need a valid Missouri chauffeur's licenses, allow the city to conduct a background check on each operator and get a safety inspection on each vehicle.

The city of Columbia has been at odds with the ride-sharing company for months. In December, the city council asked Uber to halt operations until it could vote on regulations for the transportation service. When Uber did not stop running, the city launched a "sting operation" that ticketed drivers who were operating Uber cars.

Uber spokesperson Jaime Moore said the ordinance passed Monday night in Columbia is one of the most restrictive she has seen in the country.

"Columbia is unique, and by unique I mean very hostile to the ridesharing community," Moore said.

Moore works regionally for the company and said Uber already has an extensive background process in place for its drivers. According to her, the ordinance approved might make less people want to become drivers, which will hurt the reliability of the Uber platform.

When KOMU 8 spoke with Ward 3 council member Karl Skala about ridesharing regulations, he said the proposed changes are minimal and should not be crippling to Uber. In the city council meeting, Skala said that the regulations passed are necessary to ensure that citizens receive safe rides.

Multiple council members expressed concern about Uber's corporate culture and the company's December refusal to halt operations at the city council's request. In light of the lack of compliance in the past, council members felt that having city regulations for Uber drivers was necessary.

Uber drivers and community members attended the city council meeting to show their support for the ride-sharing service. Local Uber driver Steven Craze said the regulation would be redundant since Uber already conducts a background check.

"I had driven for about three months before the city started cracking down on drivers," Craze said. "For me it would be kind of a burden just to go through the process."

Assistant City Manager Tony St. Romaine said the goal of the legislation is to maintain a fair competition between TNC's and traditional taxicabs.

The city council also voted on changes to taxi cab regulations, such as the adjustment of taxi cab stand hours from 9 p.m. to 11 p.m., to make the industry more competitive.

Moore said since ride-sharing is a relatively new business, there is no standard for regulation. However, she has no problem with Uber putting pressure on traditional taxicab companies.

"If Uber coming to town creates a modernization of the taxi companies, that's great," Moore said.

The council also presented first readings of bills that would ban plastic bags as well as held a public hearing regarding the possible annexation of land that a developer wants to turn into a new housing suburb near Battle High.