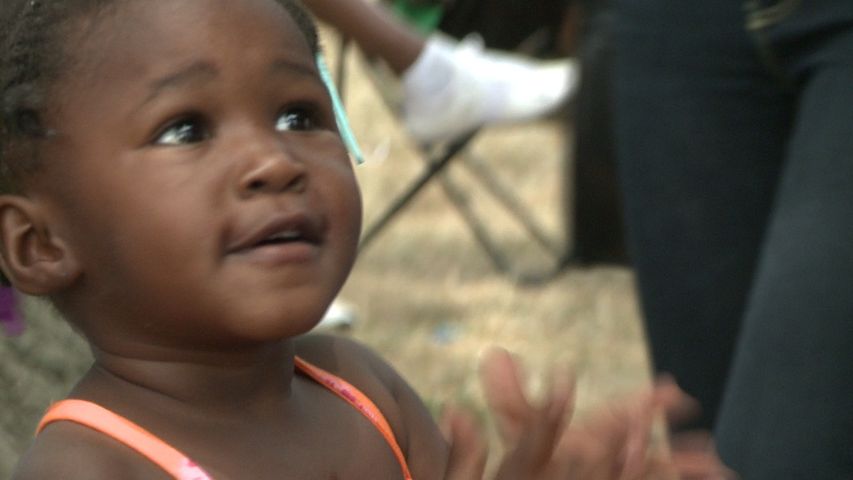 COLUMBIA - The Family Worship Center and Academy held an event at Douglass Park in Columbia Saturday in an effort to build relationships with people in the community. The event included games for the children, lunch, raffles, and strongmen demonstrations.

The church's pastor Vicki Leuther said she planned this event in response to increasing crime in the Columbia area.

"We as a community need to do something," Leuther said. "We need to get in here and make a difference."

Jamesetta Jackson attended the event with her son Terrell and said gatherings like this one are important to keep the community together.

"We have not given up on Douglass Park," Jackson said. "We just need to let everybody know that we're here. We're here, we're going to be here and it's worth saving. This park is worth saving."

Leuther also said the event was a chance to tell community members about the center's scholarship program. The Family Worship Center will be offering scholarships to its academy for the 2012-2013 school year. The center will give scholarships to five grade school children living in the First Ward of Columbia. Each scholarship amounts to $7,250 and covers tuition costs for one school year, including supplies, uniform, field trip expenses, transportation costs, testing fees and meals. Leuther said this is part of an initiative to change the community one person at a time.

"You know it may not look like much to you but one thing can make a difference," Leuther said.

The center will award scholarships at the end of July.