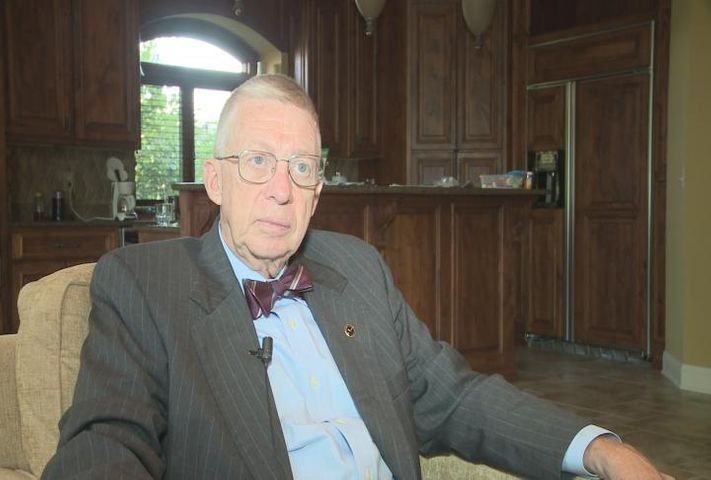 Kelly represents the state's 45th District and said his current and ninth term will be his last.

If he were to run, Kelly would have to move because his house is now in the 50th District after redistricting in 2011.

But Kelly says there's a bigger reason he won't return.

"I love the Missouri House of Representatives, but I also love reading 'Pete the Cat' to my granddaughter, and I have got to choose between those two things, and I think this is the better choice."

"It's been a labor of love. Representing Boone County has been so much fun because you have such smart, well-educated, in fact, you could say, know-it-all constituents," Kelly said. "They really are engaged and they know stuff and they're difficult to represent and they're fun to represent."

Kelly now is putting his support behind Rep. Stephen Weber, D-Columbia, to run for the 19th District seat in the state senate. Weber represents the state's 46th District.

The senate spot will be open in 2016 when Sen. Kurt Schaefer, R-Columbia, who is barred from seeking another term, runs for Attorney General.

"Stephen Weber is a competent, hard-working, and ethical guy, and I'm old and he's young, and one of the things that people like me should do is encourage competent, young people to advance," Kelly said.

Kelly said if Weber doesn't run he might consider running, but that it was hypothetical.

Weber said running for the 19th District is something he's considered and called Kelly "one-of-a-kind" but right now he's focused on trying to win re-election in 2014 .

In the future, Kelly said he doesn't want to be out of politics entirely and wants to help developing democracies set up an appropriations process.