Rep. Hartzler meets with farmers ahead of 2018 Farm Bill discussion 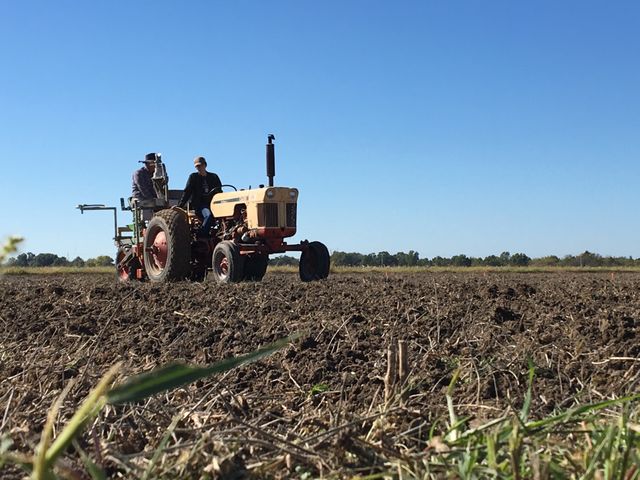 BOONE COUNTY -As the U.S. House starts working on the 2018 Farm Bill, mid-Missouri's congressional representative talked with agricultural producers and farmers to get their thoughts on what it should include.

Rep. Vicky Hartzler, R-Missouri, talked with farmers as part of a summit held by MU.

Hartzler is on the House Agricultural Committee, and will help craft the 2018 Farm Bill, as the 2014 bill is set to expire.

The 2014 Farm Bill addressed policies such as:

"Today's summit is to make sure that Missouri gets a chance to talk about what needs in terms of what worked in the previous farm bill, what changes we would like to see in the next farm bill," said Scott Brown, state extension specialist in agriculture economics for the University of Missouri.

The greater focus of the summit's discussion was on research and crop insurance. Vice Chancellor of extension engagement Marshal Stewart said both the university and the state benefit from federal funds provided by the bill.

"We were very fortunate because we saw our funding in terms of extension and research rank pretty much the same. Which allows us to not only create better resources but also push that research out across the state of Missouri and other places," he said.

Brown said crop insurance should also stay as a priority in the 2018 bill.

"When you look at some particular policies that we are discussing with the 2018 Farm Bill, number one is crop insurance. It's a chance for producers to buy insurance related to the crop they produce and the revenue that crop produces," Brown said. "When we have dry weather, producers aren't going to have the crop. Yet, they still have the same amount of costs getting that crop in the ground."

The first version of the bill should be out in a few weeks, with a full version going to the Senate in early 2018.