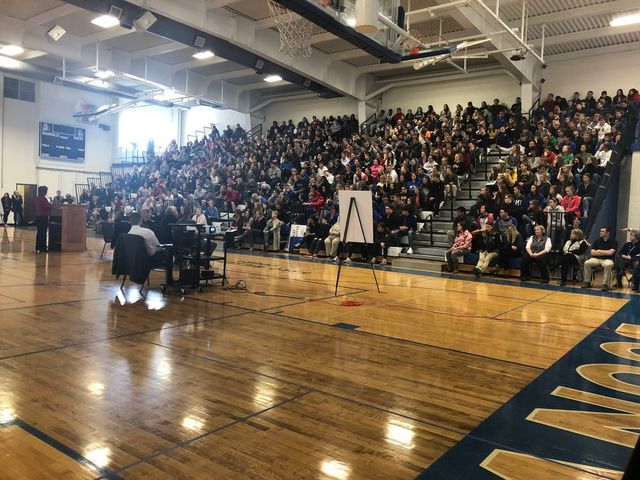 Hartzler spoke in Warsaw, Hermitage, Urbana and Tipton this week along with three guest speakers urging high school students to think twice before being pressured into using drugs.

"I'm going to high schools and holding assemblies encouraging and challenging our young people to choose to be that generation to live drug-free," said Hartzler.

Hartzler's guest speakers on the Drug-Free Missouri tour have had first-hand experiences struggling with drugs because of those around them.

Motivational speaker Julie Oziah-Gideon spoke about her 20-year-old daughter who died of a drug overdose just before she turned 21.

Oziah-Gideon stressed to the students that even though it might not affect them, it could affect their friends or family.

"You think it won't matter to you, but it does. Your life matters. Everybody's life matters," said Oziah-Gideon.

Hartzler says 1 in 66 deaths in Missouri are due to drug overdose.

"Their future is in their hands and it is a good future if they choose to live drug-free. They will avoid a lot of the problems and heartaches that other people have had and they'll make a difference in this world," said Hartzler.