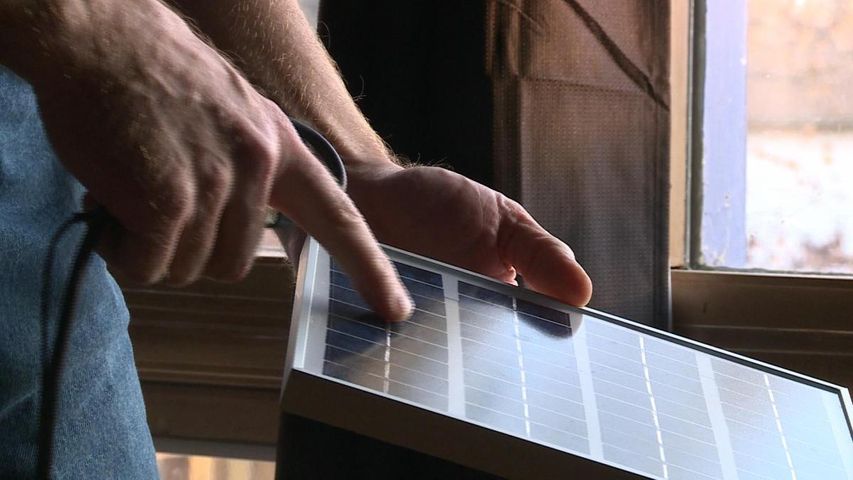 COLUMBIA - Solar power has long been a popular, albeit expensive way to provide clean energy.

But a new report out of the University of Exeter in England shows a new way to make the same clean energy that will cost less.

Perovskite, a mineral that is being used in experiments with solar panels, and it's showing promising results.

Perovskite is less expensive than silicon or film based technologies currently being used to create solar cells for the panels, and the components needed to make it are far more common. Lead recycled in old car batteries is just one of the potential ingredients for the new compound.

Solar panels create energy using photovoltaic cells, turning sunlight into power. It is shown to be a popular energy source with environmentalists because it doesn't release by-products like fossil fuels.

Cameron Etheridge with Energy Link says while the cheaper panels aren't on the market just yet, people can expect them soon.

"Lots of different universities are working with perovskite right now, with a lot of different ingredients and results," Etheridge said. "Some are even looking into a coating that you could attach to solar panels already in the field that would double their output."

Tom O'Conner is on the board of Water and Light in Columbia and said cheaper prices would be great for Columbia.

"We are already set to get more solar panels within the next year, so cheaper can always help," he said.

While O'Conner's roof is covered in shade, he still has ten solar panels in his front yard, suspended on wood planks.

"They just bring me a lot of joy, it's just this gorgeous iridescent blue material that just sits there in the sun and shoves out clean energy." O'Conner said. "It's just falling out of the sky and there it is, and it's just very satisfying to be more self-sufficient."

While the report does say perovskite has a large potential to lower costs of solar panels, it is still in question if the material will be able to create stable solar cells under different climate conditions.

[Editor's note: This story has been updated to correct grammatical errors.]