Report reveals Alzheimer's disease the sixth leading cause of death 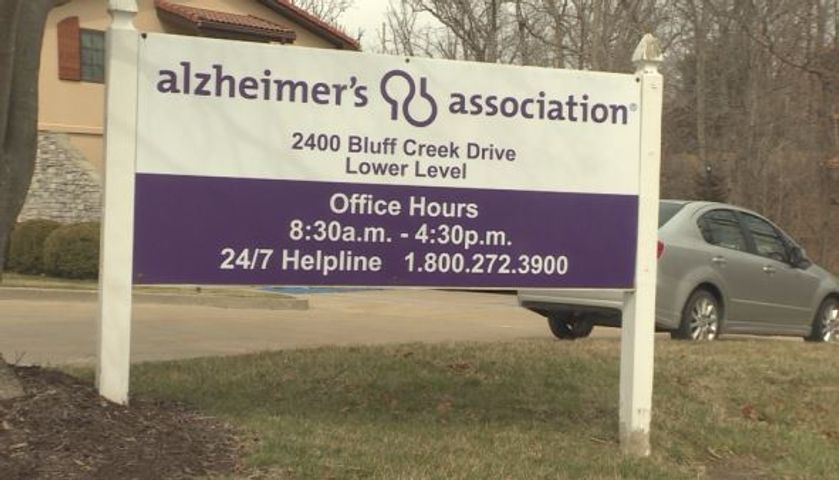 COLUMBIA - A report by the Alzheimer's Association reveals there is a sharp increase in the prevalence of Alzheimer's and the cost of caring for the patients.

Alzheimer’s disease is the sixth leading cause of death the U.S. and in the state of Missouri. In 2015, there were more than 2,000 people who died from Alzheimer's in Missouri.

According to the report, Alzheimer's is the only one of the top 10 causes of death in the U.S. without a way to prevent, cure or even slow its progression.

"Every 65 seconds, someone in the United States is developing Alzheimer's dementia, that is scary," she said.

In total, there are about 5.7 million Americans, 65 and older living with the disease. The number of people with Alzheimer's is expected to reach 7.1 million by 2025.

Alzheimer's advocate Lois Long took her experience as a caregiver for her father who had Alzheimer's and made it a positive experience.

"The diagnosis is not important. It's how we treat each other, no matter what we have," she said.

In Missouri, the report projects about an 18 percent increase in the number of people with Alzheimer's or another dementia.

The report showed that the projected cost of caring for people with Alzheimer's will be $277 billion dollars. By 2050, the cost is expected to reach more than $1 trillion.

In Missouri, the Medicaid costs to care for people with Alzheimer’s are expected to amount to $888 million in 2018. The cost is expected to increase by nearly 26 percent over the next seven years.
The bigger cost for some is the burden on Alzheimer's caregivers. In 2017, caregivers in 316,000 caregivers in Missouri provided 360 million hours of unpaid, valued at more than $4.5 billion dollars.
Watching a loved one fade away
Feyd Hussey-Carr recalls his grandmother who suffered from Alzheimer's disease and how he and his family didn't realize she had Alzheimer's until approximately 10 years later.
"It was easy to pass it off as forgetfulness, she did. She’d forget names momentarily. She reread books a lot, and she even joked that every time it was new because she’d already forgotten what happened," Carr said.
He said it became hard to explain certain things to her.
"At the time, we brushed off these things as the side-effects of age or even just general eccentricities, but as the years passed the things she did stopped being so benign," Carr said.
A day in June 2005, a lot changed for Carr when his grandmother lost her leg, after being trapped under the wheel of her truck.
"Once she got home, her memory degraded even further. She genuinely could not remember any of us visiting her in the hospital, and would often forget days at a time. She became very aggressive and paranoid, and lashed out violently against my mother," he said.
Carr said she started destroying her own possessions, cut the electrical cord of her fridge with scissors, started writing confused ramblings over the pages of her own books, stopped cleaning up after her animals, and the floors of her house were soon covered in feces.
He said the hardest part of this experience was that most people didn’t believe us.
"She would go out in public, to church or to school, and people would just write her off as a charming, forgetful old lady. Even our own extended family doubted us. They never got to see the dangerous parts. They refused to let her be put into special care," Carr said.
Carr said in 2012, he and his family removed her from her home and put her in their home so that they could make sure she didn’t harm herself.
"She lost all concept of time. Some nights she became paranoid, and believed us to be abductors or assailants," he said.
Carr recalls his grandmother once flagging down a driver from the street and plead with him to take her away because they were beating her.
Later, he said her sentences stopped making sense and that she could no longer communicate.
He said his grandmother was put into a nursing home. He went off to college, and only saw her once between then and when she died in November 2016 and said he wish he hadn't.
"She hardly seemed like a person at that point. She could no longer form words, only mumbling noises. She didn’t know who any of us were. The hardest part was watching every step of her descent," he said. "We watched as our grandmother crumbled into dust piece by piece. By the end of her life, she had already been dead for years."
He said he thinks it hurt his mom the most because they were very close.
"My grandmother truly believed we wanted to kill her. That’s a hard thing for a daughter to deal with," Carr said.
Resources