Republican Calls for Kinder to Step Aside 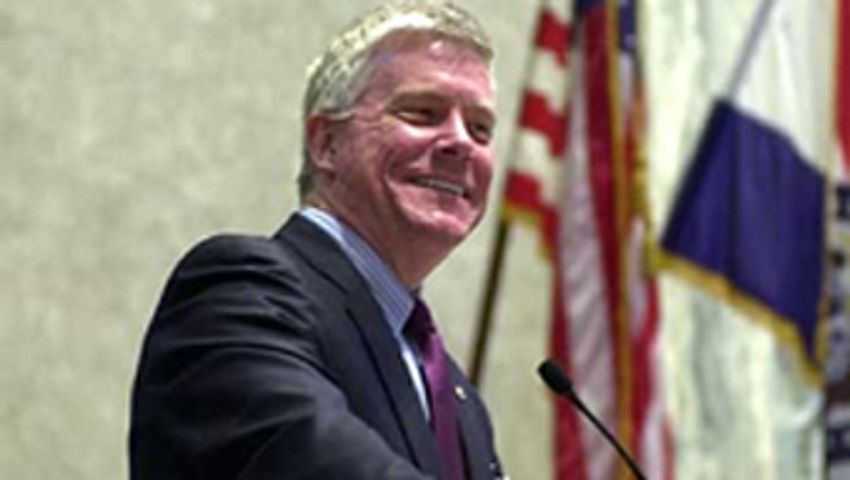 JEFFERSON CITY - Lt. Gov. Peter Kinder's stripper scandal has one fellow Republican calling for Kinder to forgo his bid for governor. Rep. Kevin Elmer of Nixa, released a public statement Tuesday stating Kinder's "irresponsible decisions in his personal life have impugned his ability to lead publicly from a principled position."

This comes after Kinder acknowledged last week that he went to a strip club about 10 times, when he was a state senator 17 years ago.  Elmer said Kinder's personal life is distracting from more important issues in Missouri.

"I think that we need to be more focused on job growth and our economy here in the state and I think that it's time for him to step aside," Elmer said in a phone interview Tuesday afternoon.

While Kinder has not officially announced his candidacy for governor, he has been preparing to face Gov. Nixon in next year's election.  The Kinder campaign office fired back at Elmer with this statement sent to KOMU:

"The vast majority of grassroots supporters, donors and other elected officials have seen this for what it is; the Democrats trying to distract from the third worst job loss rate in the country, a Nixon record of zero accomplishment, and an electorate fed up with politics as usual. The Lt. Gov. continues to enjoy strong support from all across the state. He will be in touch with Rep. Elmer and will extend him the courtesy of a conversation before commenting on the letter even though Rep. Elmer didn't extend that courtesy to the Lt. Gov. The campaign plans to continue its focus on the issues Missourians care about like growing jobs and improving the economy."

Elmer said he made the public statement partly in hopes of encouraging others to speak out.

"People are talking behind the scenes and at some point someone needs to step forward," Elmer said.